TRK 502 launch was waited with bated breaths but without any assembly plant of the new partner, it appears to be a distant dream…

DSK showcased some lustful motorcycles at the 2016 Auto Expo and all of them were officially announced to be India-bound. Among them TRK 502 was the most interesting motorcycle but in a latest twist to DSK Motowheels’ tale, its official introduction looks uncertain at this point of time.

Earlier Shirish Kulkarni, Chairman DSK Motowheels, told NDTV Auto that he wanted to promote the machine as an ADV rather than a sports tourer and hence demanded the off-road version which should also be equipped with ABS.

TRK 502 was available only in the on-road version (with alloy wheels) and the variant they planned to introduce in India, with spoke wheels and ABS (basically the off-road version), was to be ready by the end of last year (2017) with Benelli. And hence the launch was pushed. 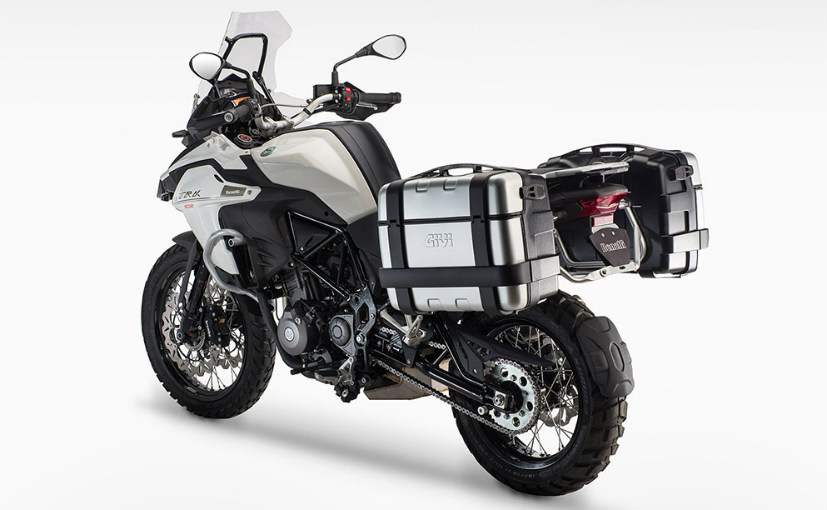 Few days later, a newer update at Autocar claimed that India will get the road-biased version of TRK 502 which will be brought to our market as CKD (Completely Knocked Down Units) and locally assembled.

Shirish confirmed that TRK 502 was to be launched before the Auto Expo 2018 but that has not happened. DSK was already testing the Leoncino scrambler in India which was scheduled for an earlier arrival than the TRK. However, with the latest bankruptcy of DSK’s real estate business, Motowheels is no more a distribution partner of Benelli.

According to an unofficial update, Mahavir Group of Hyderabad has taken over the distribution of Benelli in India however, there has been no official word on that from either of the companies. And hence, it is not known how will Mahavir Group prioritise new product launches.

In fact, before any new product, they would want to understand the scale of the business and stabilise operations. Moreover, since we are unaware of any assembly plant of Mahavir Group, introduction of CKD motorcycles (bikes which are imported in parts and assembled locally) looks very uncertain at this point.


This directly means that launch of TRK 502 and others like Leoncino and Imperiale 400 will be delayed for an uncertain amount of time.

TRK 502 has already been launched in Malaysia and it produces 47 hp of peak power and 45 Nm of maximum torque from its 500 cc engine. It has a 20 liters fuel tank and hard case panniers and top box are optional accessories for all those who like long distance adventure touring.