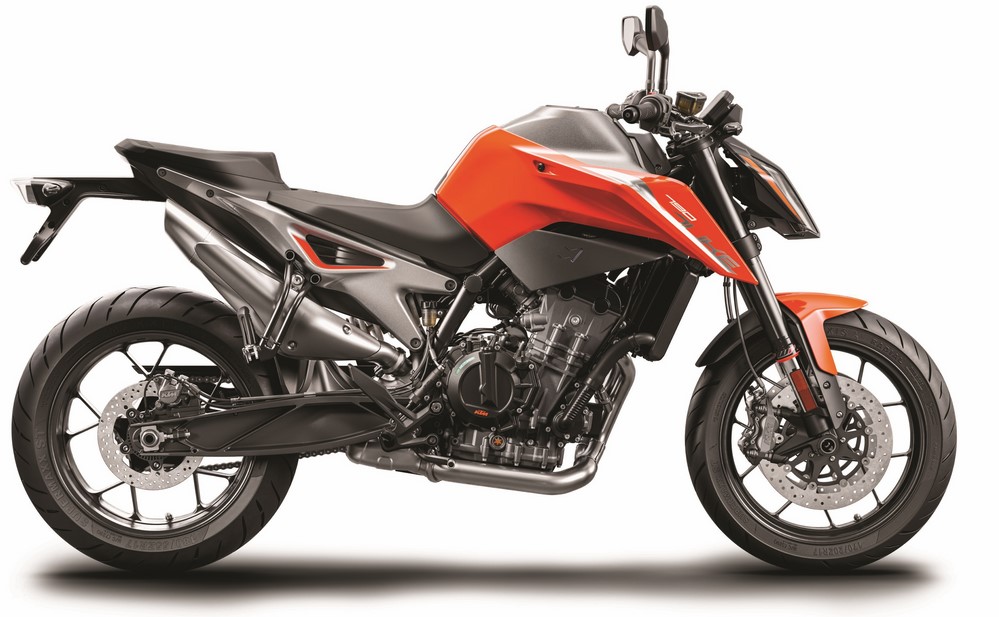 790 Duke sales response is impressive and if you are considering buying the current cheaper version, you need to hurry…

Quite uncharacteristically, KTM introduced a mid size motorcycle, bigger than the 390s, for the first time in India. The 790 Duke, which was called as scalpel during its concept days, was launched at a price which was believed to be higher for the segment.

However, initial response suggests that people are lapping it up whole heartedly. KTM has announced that it will only bring 100 CKD (Complete Knocked Down) kits of the BS4 version. And according to a report, the Austrian maker has already registered total sales of 41 units of the motorcycle within 10 odd days of launch. Which means only 59 of them remain which KTM has to sell before April 2020, which is when the BS6 emission norms kick in. And going by this pace, it appears that complete consumption of the motorcycle will not take months but a few more days or weeks.

790 Duke was launched in India on the 23rd September in India at Rs 8.64 Lakh ex-showroom which was termed as ‘introductory’. To make it compelling, KTM is also offering an ownership plan at low interest rate and a downpayment equal to Dominar’s price. You can read its details here.

Once this quota of 100 motorcycles gets over, KTM will bring in the BS6 compliant version to the Indian market which is expected to be slightly detuned as well as costlier than the existing model.

Apart from it, KTM is already testing the 390 Adventure (along with possibly the 250 Adventure) and the Husqvarnas in India which are expected to be launched in the coming few months in India.