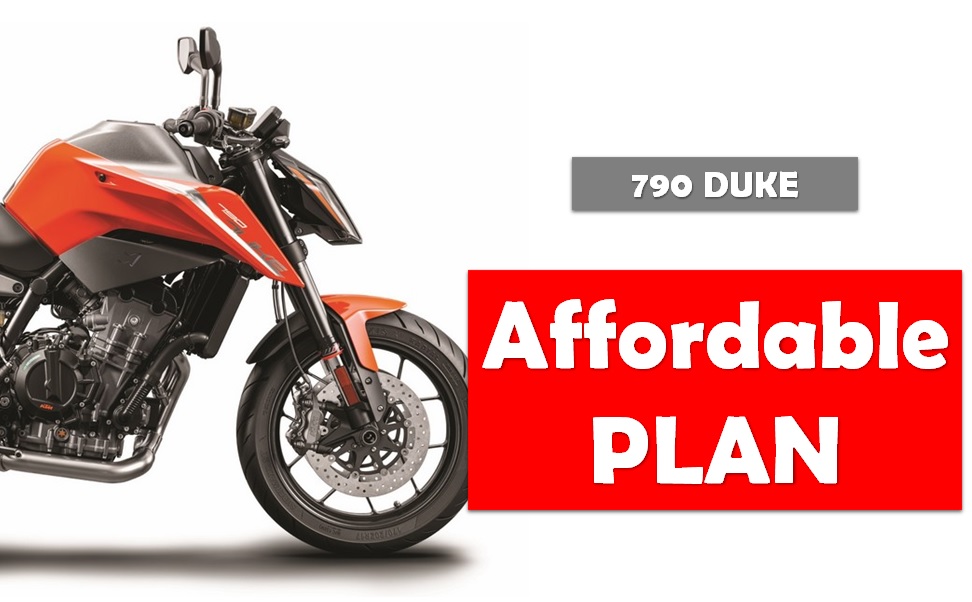 790 Duke EMI plan by the company makes it an affordable option for ownership. You can take it home by paying the price of a Dominar!

Moments back, KTM has officially launched its biggest motorcycle in India – the 790 Duke. The Scalpel, as it was called during its concept stage, has been introduced at a price tag of Rs 8.64 Lakh ex-showroom pan-India, which is higher than estimates and costlier than a few well known motorcycles in that segment.

But the company also has on offer a solution – a new ownership plan which has been introduced in association with Bajaj Auto Finance Limited. Here is how it gets affordable…

Apart from some other terms and conditions, there is an obvious disclaimer that finance is at the sole discretion of the financer.

So, if you intend to buy the 790 Duke, this would probably be the best instalment plan you would find. Apart from a payment of roughly the ex-showroom price of Dominar 400, all you need to cough up is an amount of Rs 19,000 monthly to own the streetfighter.

If you are interested in the motorcycle, you can check your eligibility and a detailed list of conditions at your your nearest KTM dealership. But do remember, currently the motorcycle is available only in nine cities in India.