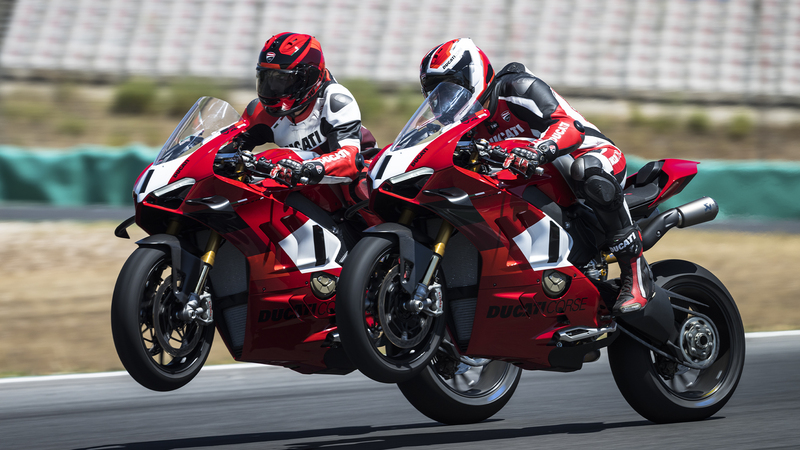 It appears that Ducati are just flexing & showing off now –

They first launched the most potent Panigale V4 to date – in the form of Panigale V4 SP2 – with a lot of tech & mechanicals lifted from their MotoGP prototype monster, then they unleash their most aggressive Monster SP equipped with top-spec Ohlins suspension & Brembo braking hardware and, recently, revealed their most capable Multistrada V4 Rally with longer suspension and a bigger fuel capacity.

In their global lineup, the Bologna manufacturer has left not a single bike which doesn’t have a track-ready avatar. They even launched the Multistrada V4 Pikes Peak which can conquer any track and any mountain pass alike – rounding up all the models. And there are still some more models left to be unveiled by them by the end of this year.

And if that was enough – meet the 2023 Ducati Panigale V4 R – the most powerful and track-ready Panigale till now – in 2 variants.

Both the configurations don the same R Livery which is inspired from their World Superbike (WSBK) race bike currently racing.

In the U.K., the Panigale V4 R has been priced starting at  £38,995 which equates to Rs. 35,90,407/- (ex-showroom). This pricing is for the base Standard Configuration and will increase when the performance accessories will be added to convert it into Racing Configuration.