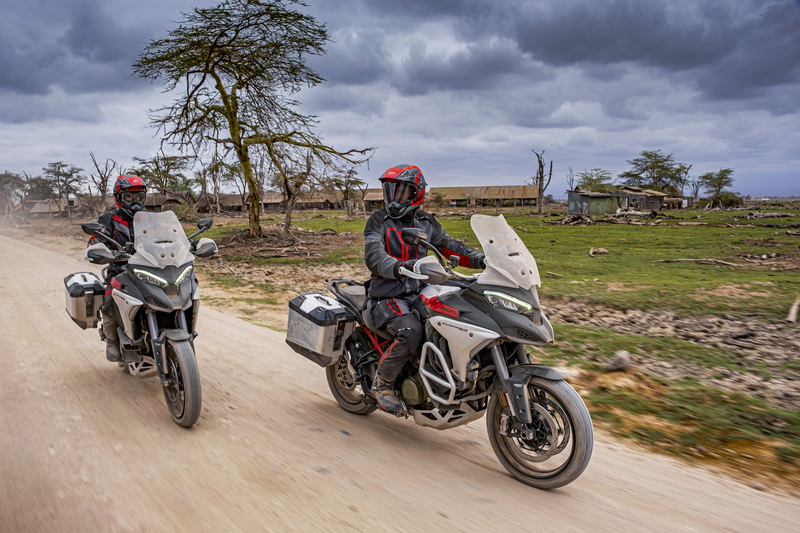 Ducati have added a new model to their long lineup of Multistrada V4 touring machine. Currently, Ducati Multistrada V4 is being offered in the following trims – Standard, S, Pikes Peak and a smaller V2 version.

In their latest episode of Ducati World Premiere, the Italian premium manufacturer have unveiled their most capable Adventure-tourer model yet. Ducati have globally unveiled the 2023 Ducati Multistrada V4 Rally.

The new Multistrada V4 Rally is a very unique model spawned from the most versatile platform Ducati has ever produced – the Multistrada.

Though they have recently launched their first ever hardcore adventure model in the form of Ducati DesertX – which the company have boasted to be designed & developed from the ground up to be an off-roader first, a tourer later. The new Multistrada V4 Rally is a model with a reverse philosophy.

The Multistrada V4 Rally is a Tourer model first, similar to the standard model, but with very practical and useful modifications done to make it more capable when the tarmac ends and the rough terrain begins.

It is a tall task when it comes to completely explain every new machine Ducati is releasing lately. They are one of the most technologically and mechanically advanced manufacturers who fill their models to the brim with mind-boggling tech & mechanical features.

Finally, the new Ducati Multistrada V4 Rally is being offered in two colours – Ducati Red and Brushed Aluminum with Matte Black, which is exclusive to the Rally model.

The motorcycle will make its way to international dealerships very soon. Yet, it is only likely to be launched in India sometime in the second half of 2023.