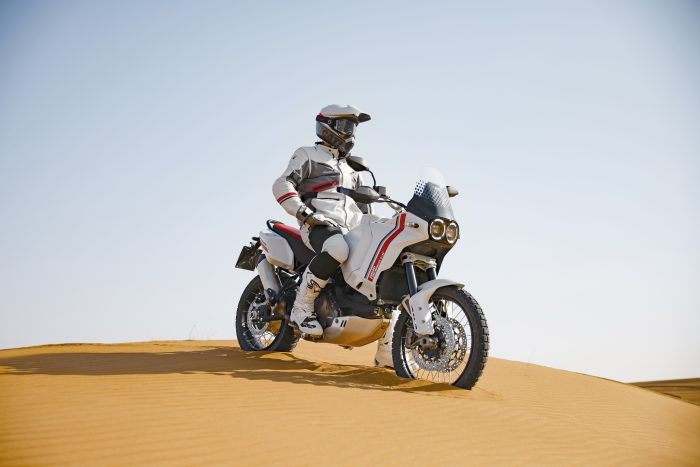 Ever since Ducati unveiled their DesertX Concept back in 2019, the world of adventure biking has been very excited to see this bike come to life. It gave us a very promising glimpse into what could be one of the best off-road bikes in the industry. And now the prodigy has come into this world and we are still as excited as we were back when we first put our eyes on it in the prototype form.

Let’s get a better look at the Ducati DesertX ADV:

The bike is priced at £13,795 in the UK putting it at the premium segment of the ADV bikes. It is slotted over its direct rival the Triumph Tiger Rally Pro. The Ducati DesertX will be available from May 2022 at dealerships.