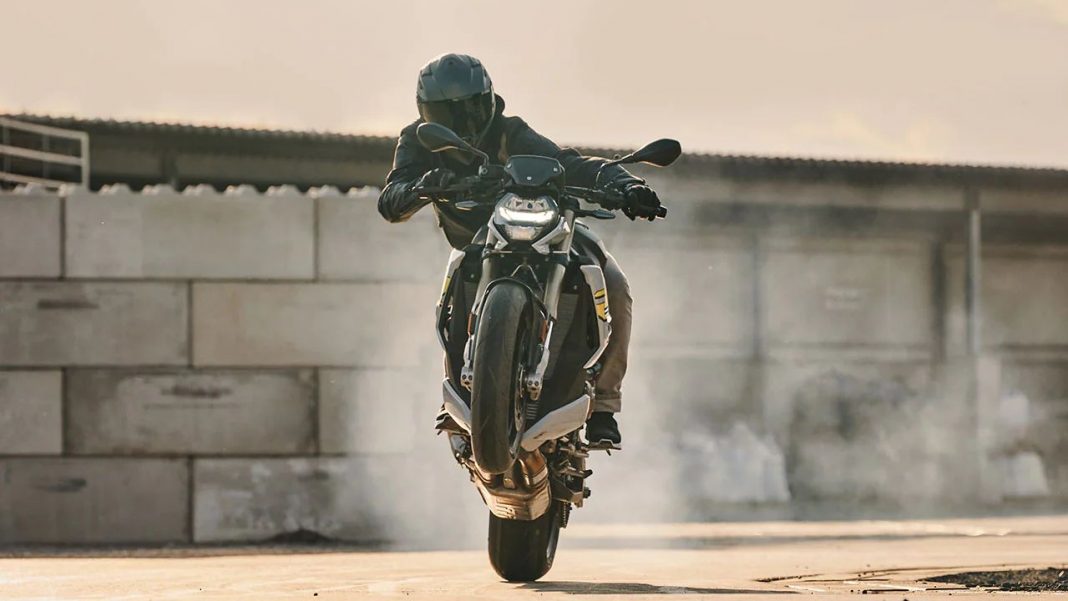 The 2021 version of the naked flagship roadster BMW S1000R is all set to launch in India. BMW Motorrad India has been teasing about the upcoming superbike on its social media pages.

Also, the older version of the S1000R has been taken down from the roadster segment on the official website of BMW Motorrad India. This means that the launch is imminent.

There are no exact details on the pricing or the launch date but we believe we may hear something concrete from BMW very soon.

We can expect the new S1000R to cost around INR 20 lakhs. It will rival the likes of Triumph Speed Triple RS 1200, Ducati Streetfighter V4, and Kawasaki Z H2 though all other machines have slightly higher power outputs.

The spec sheet of the Bharat Stage 6 compliant S1000R from BMW will be similar to that of its EURO 5 compliant cousin. The latter is already available for purchase in the overseas market.

The lifeline of the new BMW S1000R is the 999cc oil/liquid-cooled inline-4 engine with a 6-speed gearbox. It can unleash 167 PS of peak power and a maximum torque of 114 Nm. This superbike will be available in 3 variants – Standard, Sport, and M Package.

The S1000R will offer three riding modes – Road, Rain, and Dynamic. Also, it features a TFT console with Bluetooth support.

Being a supersport derivative, the S1000R packs track essential features such as dynamic traction control. Also, the gear shifting will be smooth thanks to the bi-directional quick shifter which BMW dubs as Shift Assistant Pro. Dual-channel ABS comes as a standard on all the variants of the BMW S1000 R.

There is the M Package variant which offers carbon fiber wheels which BMW calls M Carbon wheels, full-system Akrapovic exhaust, carbon fiber components, and a lighter battery. Of course, all these will cost a bomb as per the gold standard of BMW Motorrad.

With carbon fiber parts the bike will be lighter and hence, may have slightly better performance.

In terms of cosmetics, the BMW S1000R gets a new LED headlamp which has a resemblance with the entry-level roadster BMW G310R (which actually is a sore point).

The European BMW S1000R is available in 3 colors- M Motorsport, Racing Red, and Hockenheim Silver Metallic with shades of yellow graphics. We can expect the BS6 variant of the S1000R to be offered with the same colors. More details, including its official price tag – when it gets launched.