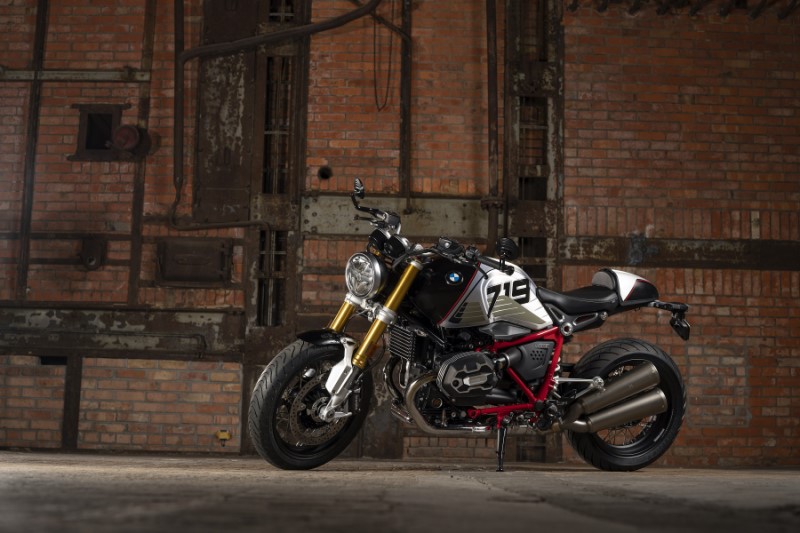 2021 R nineT price is on the higher side because it is imported as CBU. There are two models on offer – classic roadster and scrambler…

BMW has officially announced the launch of its updated R nineT range in India. It has introduced the R nineT roadster as well as the R nineT scrambler which come at different price points.

The R nineT get golden colored upside down front forks, road going tyres, spoke wheels and a classic roadster design whereas the R nineT scrambler comes with conventional front forks, circular headlamp (which is smaller than the roadster model), contrast color seat, upswept double barrel exhausts, alloy wheels and knobby tyres. There is a funkier version of the scrambler as well which comes with spoke wheels.

Both the models come equipped with the same 1170cc, air and oil cooled 2 cylinder, DOHC engine that produces 109 hp of peak power at 7520 rpm and maximum torque of 119 Nm at 6000 rpm. BMW claims a zero to 100 kph sprint in 3.5 seconds flat and a top speed of 200 kph! Interestingly, both the BMW models are shaft driven.

Both the models are imported in India as Completely Built Units (CBUs) and are now open for bookings at all company showrooms.