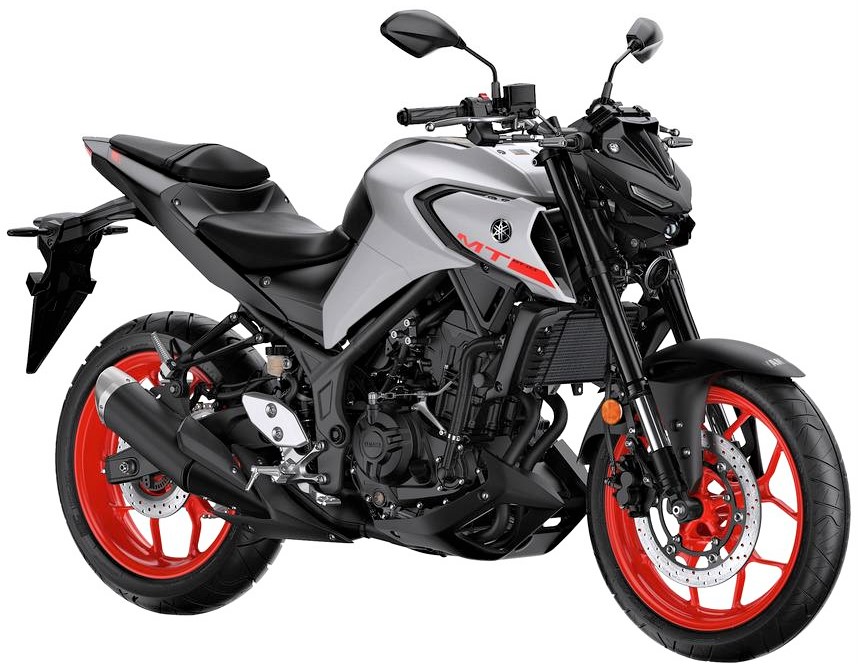 2020 Yamaha MT03 may come to India as a BSVI model, however, there is neither any official/unofficial word from the company nor any sneak about it..

On the theme of MT15, Yamaha has also unveiled the updated 2020 MT-03 which will go to some international markets. The biggest change is the predator headlamp which has been the major design USP of the MT15 as well. The headlamp replicates an angry looking face and gets LED lamps and projector inside

There is a new body shell with tank being the major design highlight. Hardware – which includes the engine as well as the chassis is borrowed from the faired sibling YZF-R3. Which means the 2020 Yamaha MT03 continues with the 321cc, liquid cooled, DOHC, 4-valve, parallel twin engine which pumps out 42 bhp of peak power at 10,750 rpm and 29.6 Nm of max torque at 9000 rpm – and is paired to a 6-speed gearbox.

It comprises of an all-digital LCD instrument cluster and the big change coming in is that new 37 mm upside down fork set which replaces the conventional forks on the older model.

One sore point that we noticed is that horn which is placed right under that headlamp and looks ugly. The new MT is available in three colours – Ice Fluo, Icon Blue and Midnight Black.

International markets have also seen the new R3 but Yamaha has continued to sell the older model in India so far. But we believe this is because of the upcoming Bharat Stage VI regulations and we hope we will get both the models – the new R3 as well as the MT03 in India either closer to April 2020 or sometime after that as BSVI compliant models.

There are rumours about a possible classic version on this 300 platform which Yamaha can sell under its XSR brand name (details & rendering).