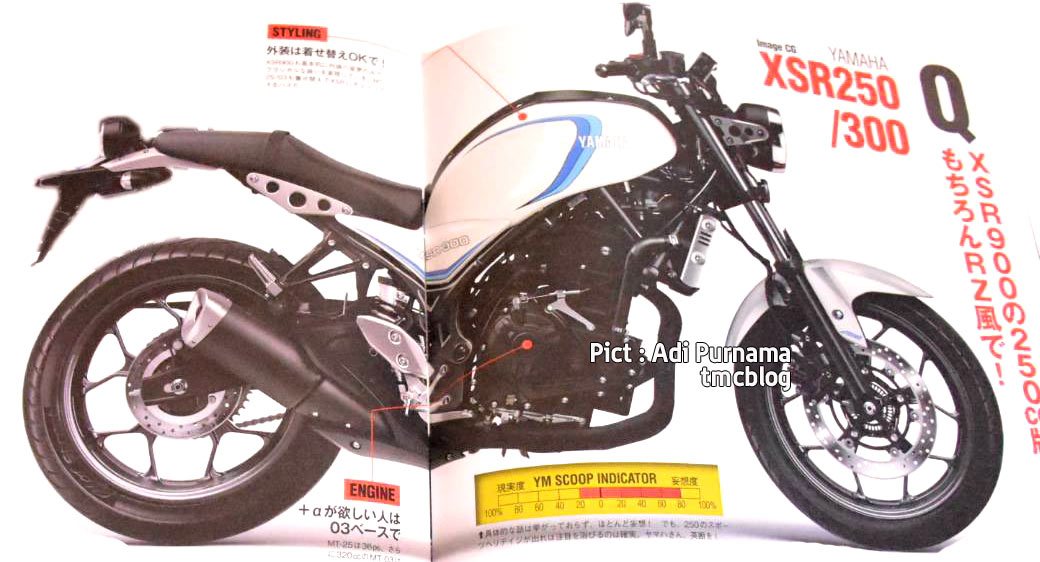 Yamaha XSR300 based on the R3 could be a possibility according to latest rumours. Will a retro 300cc motorcycle work in our market?

The world has now seen the smallest XSR model which was launched in Thailand few days back. XSR155 is based on the brilliant platform which spawns R15 version 3 as well as the streetfighter MT15. Apart from this, the other motorcycles under this sub-brand are XSR700, and the bigger XSR900.

Fresh rumours of Yamaha considering to plug this big gap in between have surfaced. A report at GreatBiker suggests that Yamaha may be working on XSR 300 – a Sports Heritage model which can sit somewhere in between. As its name suggests, it could be powered by the 300cc platform and engine of the Yamaha YZF R3. And subsequently, there can be its sibling XSR250 (based on R25) which can go to different markets as required.

XSR300, if there will be one, will continue to follow a similar design approach with round headlamps and tail lamps, circular all digital instrument cluster, a simpler tank as the main design element, along with a flatter seat.

At around 40 bhp from that R3’s twin cylinder motor, Yamaha XSR300 would be sufficiently powerful for all day to day runnings along with long distance tours. We have seen that the XSR range sits under the premium ‘R’ brand and hence XSR300 could be priced at around or under Rs 3 Lakh, in the Indian context.

However, let us also inform you that rumours of a near quarter liter XSR are not new. They emerged back in 2016-17 as well when a motorcycle magazine Young Machine (via TMCBlog) shared a speculative rendering of such a model (featured pic of this article). However, its chances of existence have become more certain now after the launch and response the smallest XSR155 has received.