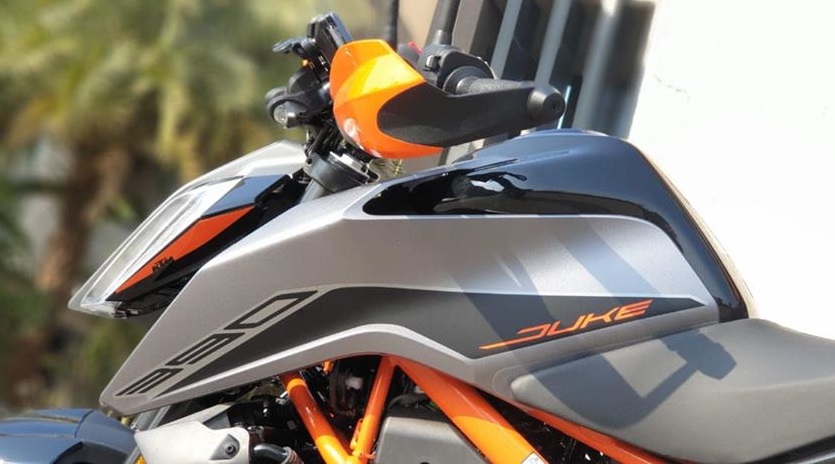 Like the 2020 250 Duke, that we reported about yesterday (link to the story), the new 390 Duke has also been spotted ahead of its official launch in India. The 390 Duke in these pics wear a new grey-black colour and there may be one or two more shades on offer. The current 390 Duke is sold in white and orange colours.

Along with new stickers, the frame of this new model has also been painted orange and black instead of orange and white of the current Duke. The exhaust pipe has also been routed from under the engine now (on the current model it runs by the side of the motor). This may have something to do with the emission norms but it may reduce the ground clearance of the 2020 model. On the other hand, it may result in lesser heat on the legs as well.

In addition, the source of these pics say that the new Duke now comes with a quick-shifter as well. Rest of the stuff appears to be similar to the current model.

Since the Bharat Stage 6 compliant 373cc engine on the latest 390 Adventure continues to churn 43 hp of peak power and 37 Nm of max torque, we believe the 390 Duke should also not show any changes to these numbers. However, a confirmation on this is awaited.

The new model has started reaching dealerships and it will be launched tomorrow. KTM has announced Power Ride on 26th January and we believe many dealerships may keep these new models on display for preview.