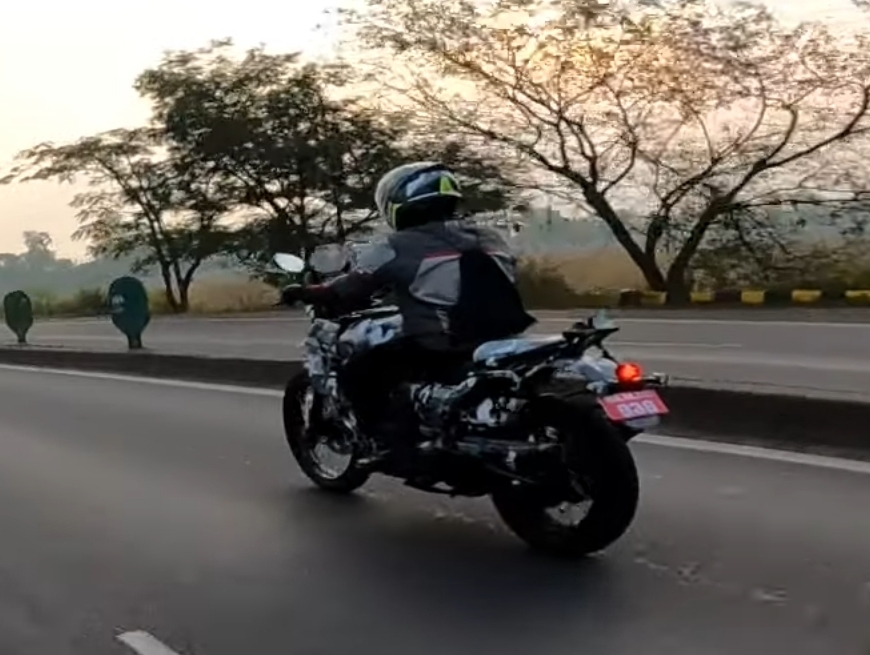 Yezdi Adventure spotting is becoming a very common sight on the roads. Clearly, we are moving closer to its official launch…

A few weeks ago we shared images of the upcoming Himalayan, oops, Yezdi Adventure without any camouflage, sitting pretty for its TV commercial shoot. And now, a rider on his Bajaj Dominar 400 has spotted two fully camouflaged Yezdi ADV bikes being tested on the highway.

In the video posted on YouTube, one of the test mule was snapped at over 100 kph. This was signified by the speed reading on the Dominar’s console.

The Yezdi Adventure has retro-styling which strongly resembles its rival Royal Enfield Himalayan. The ADV is carrying a round headlamp, wide, flat handlebar, standard-design rear-view mirror, LED ligting set-up including the headlamp and turn-indicators, fork gaiters at the front and knuckle guards.

Just like the rival Himalayan, Yezdi’s ADV possesses a taller and domineering look which signifies that it may be more focussed towards off-roads. However, since it will carry over one of the engines from the existing Jawas, it is expected to be better than the Royal Enfield on the road.

We can see dedicated racks at the front and at the back of the bike, which, we are assuming, can function as crash guards as well. If these racks do come standard from the manufacturer, it will be a very useful feature for us bikers who can easily mount luggage and just go wherever we want. The upswept exhaust also completes the form and function of this Yezdi ADV.

Here is the video..

As we said, Yezdi ADV is expected to borrow one of the motor from Jawas, however, it is speculated to get the the higher powered version that is found on the Perak. The 334cc, single cylinder, liquid cooled, DOHC unit puts out 30.64 PS of maximum power and 32.74 Nm of torque on the bobber. It utilises a 6-speed constant mesh transmission.

Also expect knobby dual-purpose tyre profile for the ADV. Yezdi is clearly planning to put their ADV directly against the Royal Enfield  Himalayan and KTM 250 Adventure. For this product to be successful, it has to be priced competitively. If, by some means, this motorcycle is priced at around Rs 1.60-1.70 Lac levels, it should give it a great headstart.