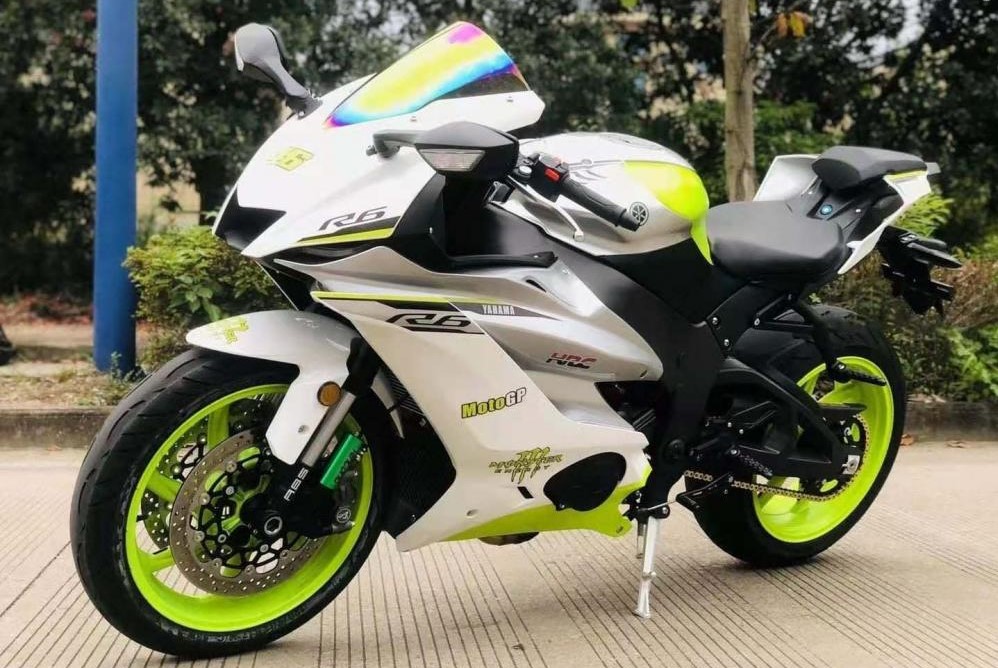 Huaying R6 is a blatant Yamaha R6 copy from China. However, it comes with an engine that churns almost 80 bhp and 27 Nm less…

The Chinese automakers are quite proficient when it comes to blatantly ripping off great automobile designs as an excuse for inspiration.

Getting inspired from a design is one thing but copy-pasting the entire product is outright unethical and illegal too.

This brings us to this Chinese sports bike called as Huaying R6 which is an uncanny replica of the popular but now discontinued Yamaha R6.

From the images, you can see the framework, the front section, headlight, etc have been smoothly ripped off as and it is from the design of the Yamaha R6. Even seating design, handlebar position, etc look very close to the mid sizer from Yamaha.

The Huaying R6 is equipped with USD forks at the front as well as a monoshock at the rear section. For braking, the copycat R6 from Huaying uses dual-disc on the front wheel and a single one on the rear.

It is such a blatant copy that even the font used for the ‘R6’ tag on the body has been lifted from Yamaha! Wait, there is more to it. Even the brand Huaying’s logo has striking similarities to that of the Yamaha logo. 😀

If ripping off the entire design of the Japanese R6 was not enough for Huaying, it has also copied the instrument panel from the Kawasaki ZX-10R. The same instrument cluster you would see on the older models of ZX-10R.

Probably the only thing that appears to be original is the alloy wheel design and the swingarm. A glance at the bodywork of the Huaying R6 also reveals that the built and finish is quite cheaper for which the bike is offered at only CNY 22,600 which amounts to around INR 2.60 Lac.

This Himalayan Copy Packs in More Features Than Original Himalayan

However, when we look at the power figures, the Huaying R6 is nowhere closer to the original Yamaha R6. While the discontinued track machine from Yamaha was offered with a 599 cc engine churning out 118 bhp of power and around 62 Nm of Torque, the copied Chinese bike from Huaying churns only 38 hp power and 35 Nm of torque – that is Dominar 400 category in India! While the bike is branded as R6, the engine capacity is 500cc only.

Unfortunately, because of some adamant laws, IP regulations do not seem to work in China and that allows local manufacturers to get away from such cheap knock-offs.