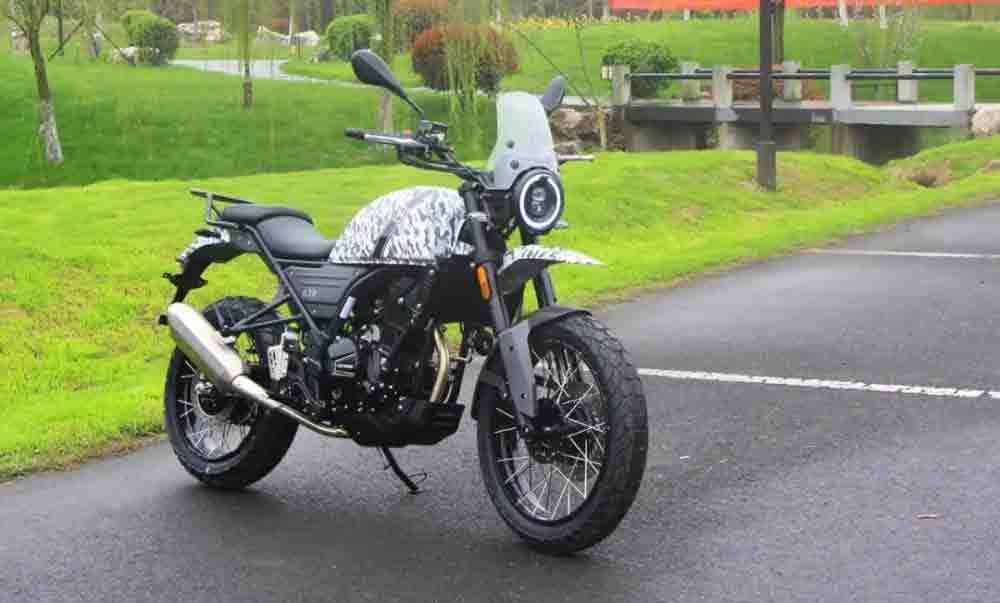 This Chinese Hanway G30 is a direct Himalayan copy but it is more feature packed and powerful than the original ADV!

No matter how issue prone the Himalayan was, the fact of the matter is – it is popular. Popular, not only in India but even in many international markets that include developed markets like UK as well. And what better proof of its popularity than Chinese copying it.

Some Chinese motorcycle maker which goes by the name of Hanway has revealed a new motorcycle called G30. It is an exact replica of our Indian Himalayan and in fact, looks probably, slightly better. Right from the tank design, raised mudguard, to the rear portion almost everything is a direct inspiration.

But that is not all, Hanway has taken a step ahead and has equipped its G30 with more features than the Himalayan itself. The G30 comes with a liquid cooled engine, a full TFT colored instrumentation, LED headlamps with round LED DRL and it is more powerful as well! The Himalayan rip-off also carries a bigger 19 liter fuel tank as compared to the 14 liter capacity of the Indian version.

A little bit of Googling tells us that Hanway is also present in few other countries like UK, Thailand, etc. In China, it has priced this G30 at CNY 17,280 which roughly equates to about 1.92 Lakh in INR.

Though Chinese may have copied Royal Enfield’s Himalayan’s design, RE, in turn can take inspiration from the G30 and offer us most or all of these extra features in the next upgrade!