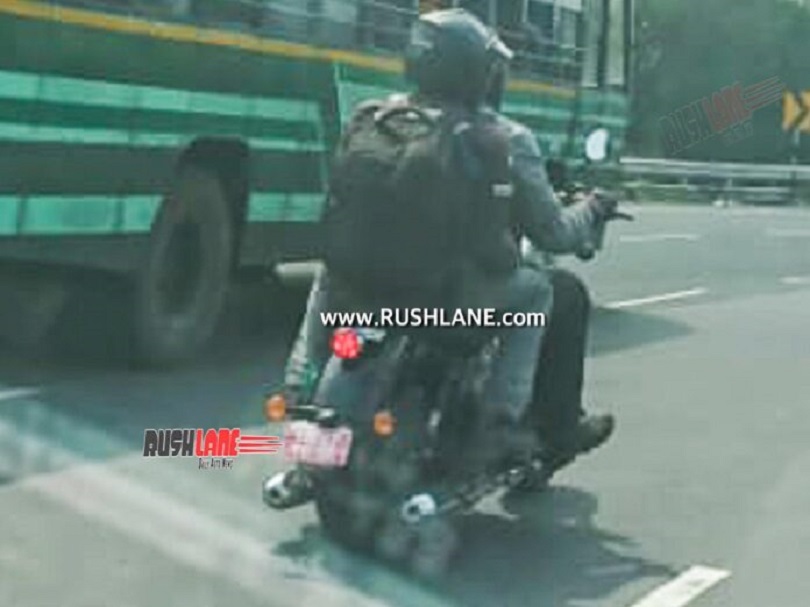 RE 650 cruiser will be a proper lanky, fat motorcycle – going by the spy pics. It has pretty interesting road presence with comfortable ride position…

Apart from the new 350 platform, Royal Enfield is also working on its 650cc twin cylinder platform. We have, so far, seen at least two different types of test mules which suggest that there are two (or more) variants that are under works.

In a latest, one of these models has again been spotted testing – this time with a pillion. This model could be based on the KX650 that the company showcased as a concept earlier. From the looks of it, this motorcycle appears to have a lot of road presence and it could be the company’s first tall, lanky cruiser in the market.

This has the feet forward, open chested, typical cruiser seating posture, unlike the other mule that had relatively aggressive seating. Chances are that it will sport the same 650cc engine of the Interceptor 650 which currently produces 47 PS of power and 57 Nm of torque.

It would be the company’s most expensive motorcycle model and should come with all the bells and whistles, including tripper navigation that is slowly going to all Royal Enfield models.

Being a fairly powerful engine, it will also have the potential to be introduced and sold in many international markets.