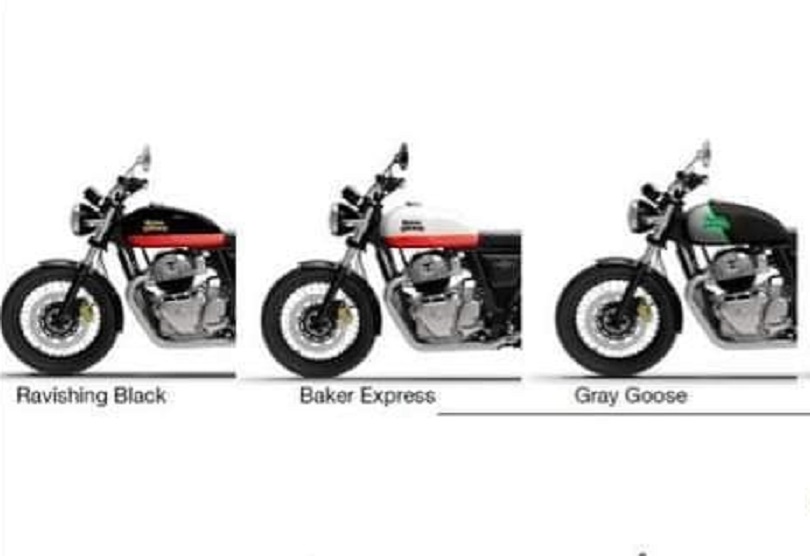 While the 2021 Interceptor 650 colors chart includes as many as seven colors; the new Continental GT 650 gets five shades…

Royal Enfield recently launched the new Himalayan. Apart from new features, the mid size ADV received fresher colors. Next, it seems, is the turn of the 650 twins.

After getting spotted on the roads, a picture of the 650s in new shades has emerged on the internet. According to that, the Interceptor will be available in as many as seven colors whereas the Continental GT 650 is seen in five shades. Here is the list…

It is very likely that the 2021 650 Twins come equipped with new freshers, including the Tripper Navigation that has gone onto the Meteor 350 and Himalayan.

Both of them are expected to continue with the same 648cc parallel twin, oil cooled engine that produces 47 bhp of peak power and 52 Nm of max torque.