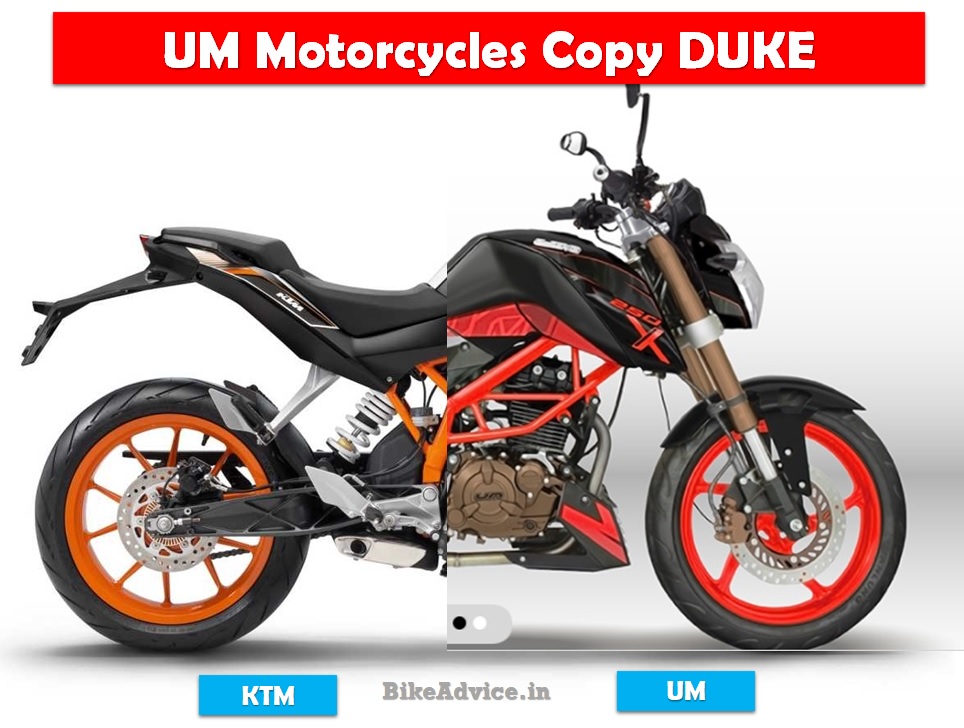 We have seen and heard a lot about Chinese auto manufacturers copying popular motorcycle designs (remember Gulsar?). UM has been trying to portray itself as a non-Chinese manufacturer and you see a lot of US flags in their promos and pamphlets. In fact they have been harping big time on ‘USA Originated‘ tag since the company was first registered in USA in early 2000.

However, not many will applaud their latest move! UM has unveiled the 2018 variant of Xtreet 250X which blatantly copies the design of older gen KTM Dukes. Right from the tank design to the extensions and the split seat – everything is a direct lift. The frame design is carried over and heck, they have even contrast painted it orange! 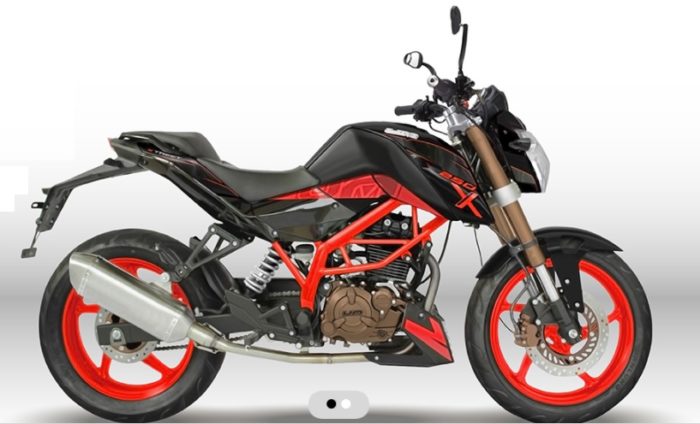 The engine guard also shares its outline and the upside down forks are dark golden in colour. The tail lamp and the overall tail design is again strikingly similar! UM is calling it as a ‘new type’ of a motorcycle, ‘sexy’ and ‘most attractive motorcycle of its class’ on its website!

It must be known that UM showcased the Xtreet in India at the 2014 Auto Expo but that was the ‘R’ version which is still on sale and looks different. The official UM website doesn’t list the specifications yet but claims are that it is 35 percent faster and 15 percent more fuel efficient (than earlier Xteets probably!).

Two colours are on offer – black and white with orange frames but we also see an additional white in neon green on the website, which has not been shown in the ‘Colours’ section. 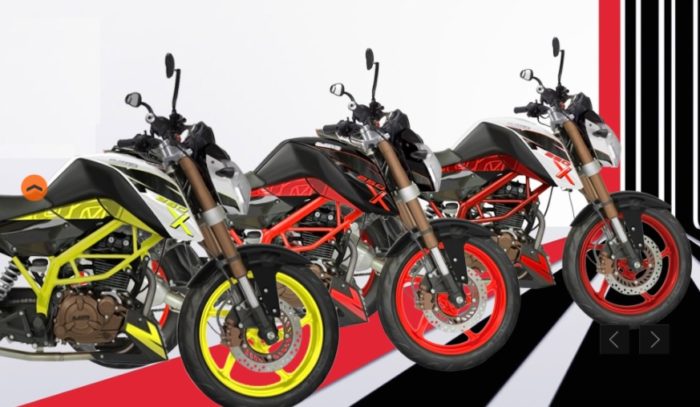 There is no real reason why a company trying to portray itself as non-Chinese retort to such business practices! It will be interesting to see if and how KTM responds!

Back in India, UM has ventured into the mass market segment with their smaller Duty Street cruisers and has also launched the Thor – which is world’s first e-cruiser with reverse gear!