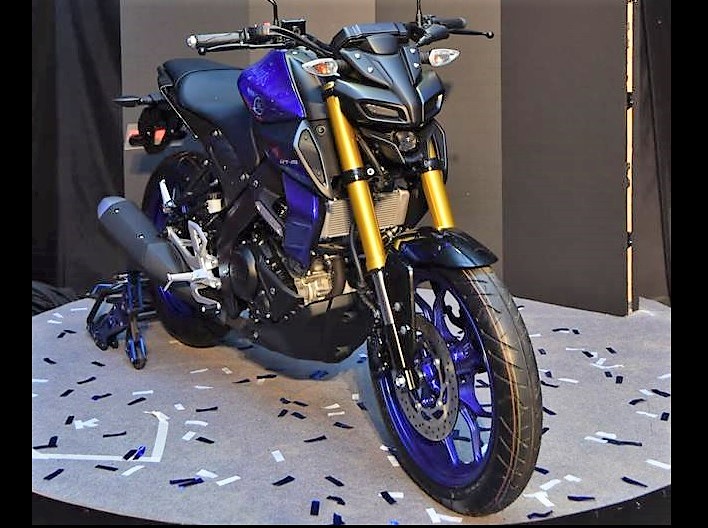 We are getting very very close to the Yamaha MT15 launch date in India and it, surely, is expected to heat up the sports 150cc segment…

A latest online report claims to have revealed the specific date on which Yamaha will officially announce the launch of one of the most awaited motorcycle in India – the MT15 streetfighter. For starters, it is the non-faired version of the massively popular R15 and carries the same engine and chassis.

According to Zigwheels, Yamaha will unveil the India-spec MT15 next month on the 15th. That is not all – they say that the launch event is planned at the Buddh International Circuit (BIC), Noida which means that this will be a big bang event and should include a ride for the media at the track.

Yamaha FZ vs FZS – What is Different? [Photo Feature]

This date falls bang in the prediction launch timeline of Feb-March. It must be known that apart from its spy pics that have emerged a couple of times, Yamaha confirmed the motorcycle to its dealer partners in a secret event on January 21st (the same event which marked the launch of FZ v3 and ABS-equipped 250cc Fazer 25 and FZ25).

If you are a careful reader, you must have noticed that we have mentioned ‘India-spec MT15‘ in this story. This is because there will be changes to the model that India will get as compared to what is sold in Thailand/Indonesia. First up, the Upside Down front forks are gone and apart from that there may be alterations to the swingarm etc. Its power figures and few other numbers were leaked in an official document which you can read here.

Price, as we believe, should be around the Rs 1.15-1.20 Lakh ex-showroom ballpark, pitting it as a competition to the recently introduced Duke 125.