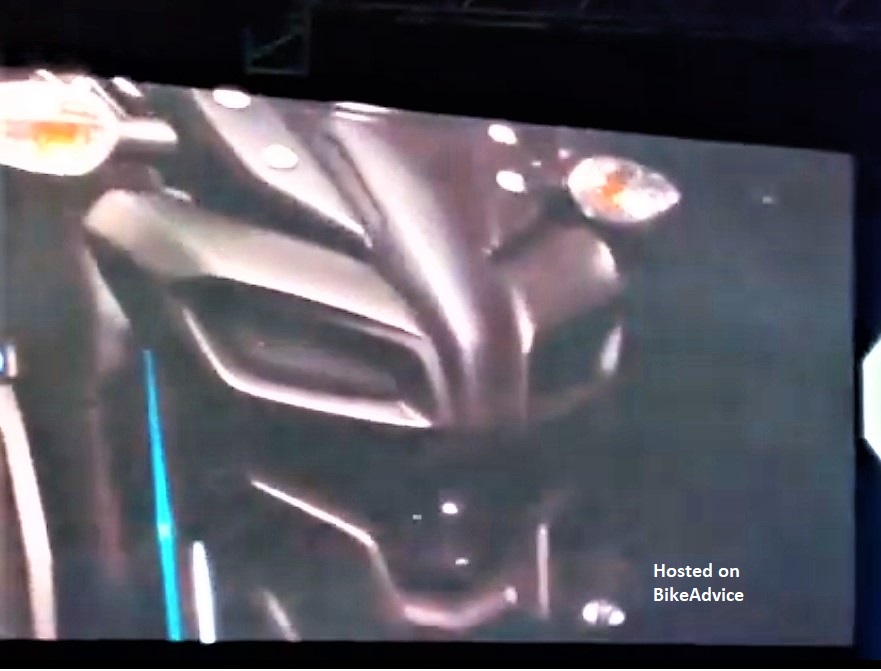 Yamaha MT15 India launch was confirmed by the company itself but not to the media. However, the video has now been taken down…

Yamaha had plans! On 21st January they showcased the new FZ version 3, FZ 25 and Fazer 25 with dual channel ABS and the R15 ABS to the media. But they had also called their dealers for a witness of their ‘future products‘. And this list also included the MT15, which was NOT revealed to us – the media!

Anyway, one of our avid reader Raman shared a direct link to a Youtube video (here is the link) which was a secret clip from the event which showcased the India-spec MT15. It confirmed two things – that the naked motorcycle is coming to our market and ‘soon‘ and there will be changes to the model, mostly to adhere to the placement Yamaha is targeting.

However, that video, as we checked today, has been taken down! The pics which you see on this page are screengrabs from the same video.

From the spy pics that have emerged so far and this latest glimpse, MT15 for India will come with regular telescopic shock absorbers in place of the premium golden colours Upside Down forks of the international spec. This is very similar to the strategy Yamaha followed for its R15 v3.

Apart from this, MT15 may also use a box-section swingarm rather than the aluminium unit of its sibling R15. Predator face with LED headlamps has been confirmed in the video. What changes will go to the engine tune is a point of conjecture at this point but we will come to know about it soon.

The teaser video had an official “Coming Soon” tag which means we are probably just a few weeks away from the motorcycle. Yamaha is expected to place the MT15 very slightly under the R15, probably at around 1.20 Lakhs or thereabouts, with ABS (which we believe will be a dual-channel unit).

So, there we are – Yamaha, for the first time, speaking about the MT15 for India officially and Duke 125 – here you have a big competition brewing up!