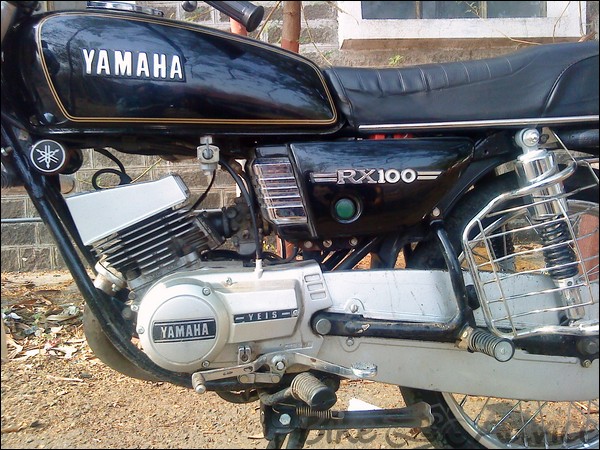 Yamaha RX100 launch is not possible in today’s context, however, they seem to have plans to carry its legacy in some form to their upcoming motorcycles….

Yamaha has got in a new Chairman Motofumi Shitara. The first thing that he has done is announce Yamaha’s renewed focus on deluxe and premium segments (which may mean segments of 150cc and above). Obviously, scooters will continue to be their mainstay in the mass market segment.

Now there have been multiple reports which have claimed that the famous RX 100 will make a comeback in Yamaha’s portfolio but that, as we all know, is not possible! Two-Stroke era is long gone and that charisma will never make a comeback.

In an interview to Economic Times, Motofumi clarified this by clearing that the model is not relevant any more. However, he elaborated that he would like to capture its character in Yamaha’s upcoming models.

Obviously, a 4-stroke 100cc motorcycle is not what this will mean. RX 100 stood for sheer performance and its versatility and that is what Yamaha can encompass in its upcoming model(s). It is highly unlikely that they will use the brand name of ‘RX 100’ again but we are very keen to understand how will they carry forward its legacy.

Currently, their R15 v3 is doing wonders in terms of sales and this brand name also has found its name in the ‘Legends in Indian motorcycle history’ which also has the mention of the bloody brutal RD 350. Let’s hope Yamaha gives us a few more motorcycles which are worthy of the name plate we have known them for…