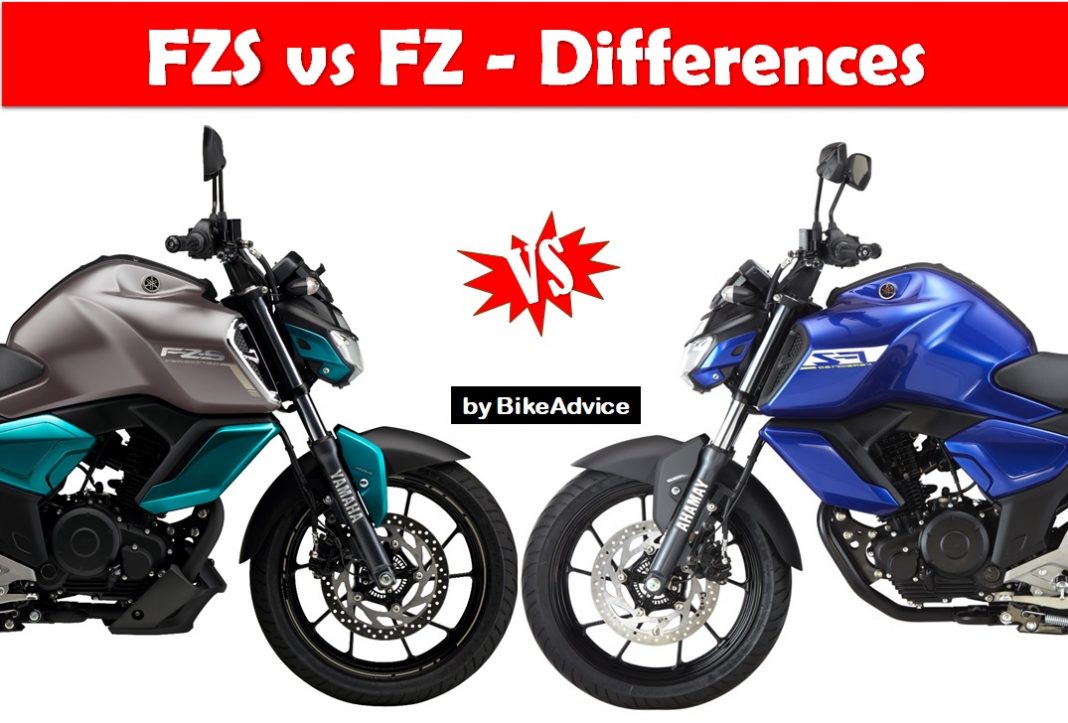 FZ vs FZS differences – We tell you all the three…

Yamaha’s FZ range has been one of their stellar sellers and it has only grown from being a lone variant to as many as five different versions and spans across 150cc to 250cc now. They recently introduced the newer gen naked 150cc FZ range in the market (link to launch article). It continues to be on offer in two variants – FZ and FZS.

We have received a few queries asking us about the differences between the two variants. Let us quickly list them for you…

Underbelly cowl – The premium FZS variant comes with a belly pan however, the entry FZ comes devoid of it.

Chrome on faux air intakes – Have a good look at the newly designed faux air intakes on both the variants and you will see the presence of chrome outlines on the FZS (which frankly do not look very appealing to us) whereas the FZ makes do without them (and for good!).

Colour Options – Yamaha is offering richer matte colours on the FZS, plus you can chose from three different shades – two of them dual-tone. FZ can be bought in two single-tone metallic colours. Both the motorcycles come with clean graphic-less bodies.

Other bits in both the motorcycles remain absolutely same. They are powered by the same 149cc fuel injected SOHC engine which can produce 13.2 PS of peak power at 8000 rpm and 12.8 Nm of maximum torque.

Prominent feature additions on the version 3 are LED headlamps, LCD instrument, single channel ABS. In terms of pricing also, Yamaha has carried over the Rs 2000 difference between the FZ siblings and with the increment they now cost Rs 95,000 and Rs 97,000 ex-showroom Delhi respectively.