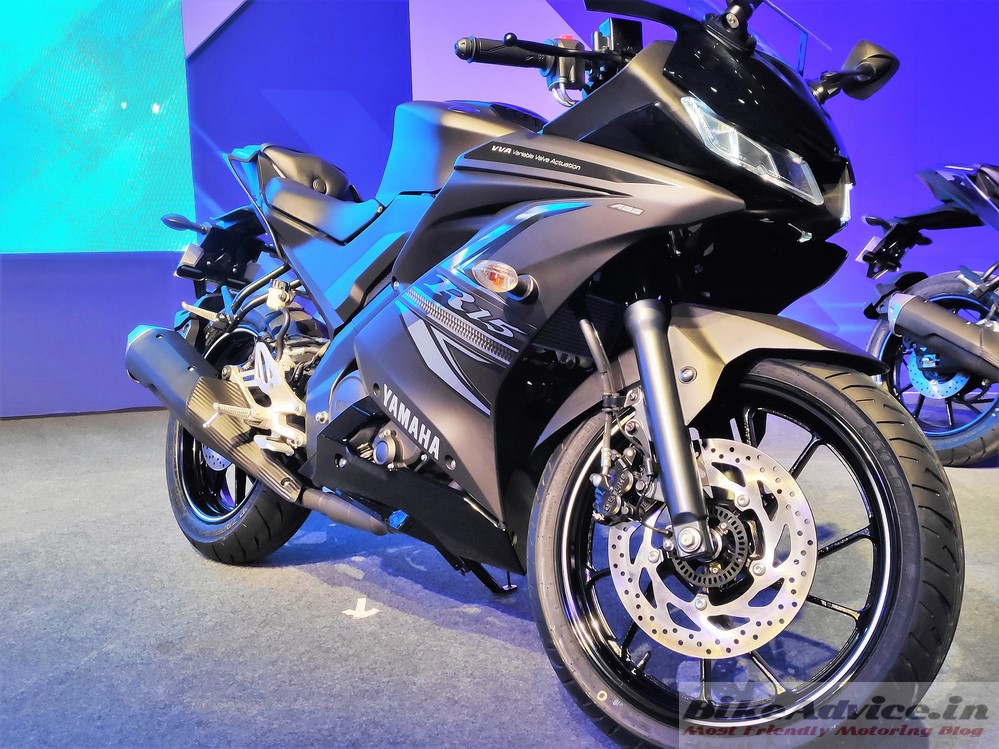 Just ahead of Diwali, Yamaha India has increased prices of most of its motorcycles in the lineup including the immensely popular YZF R15. The quantum of price hike is minor and ranges from Rs 500 to Rs 600 on different motorcycles.

Prices on the 150cc FZ range have been increased by Rs 500 whereas the MT15 has remained unchanged. On the MT15 the complementary jacket or helmet offer still continues – you can read the details here.

As you can see, the quarter liter range has seen a price increment of Rs 500 for both the models. Launched in August this year, the special FZ25 MotoGP edition has remained unchanged at Rs 1,36,680 narrowing the difference (with the standard variant) to just Rs 2000.

Prices of the R3 have also increased to Rs 3,51,680 which are higher than its last known tag. Yamaha did not sell a single unit of the R3 for a few months which hinted at the possibility of the international version making its way here, however, that has not happened so far. Recently, its naked version – MT03 has also been updated internationally (details and pics) and we just hope we get these updated versions after the Bharat Stage VI update, by the first half of next year.