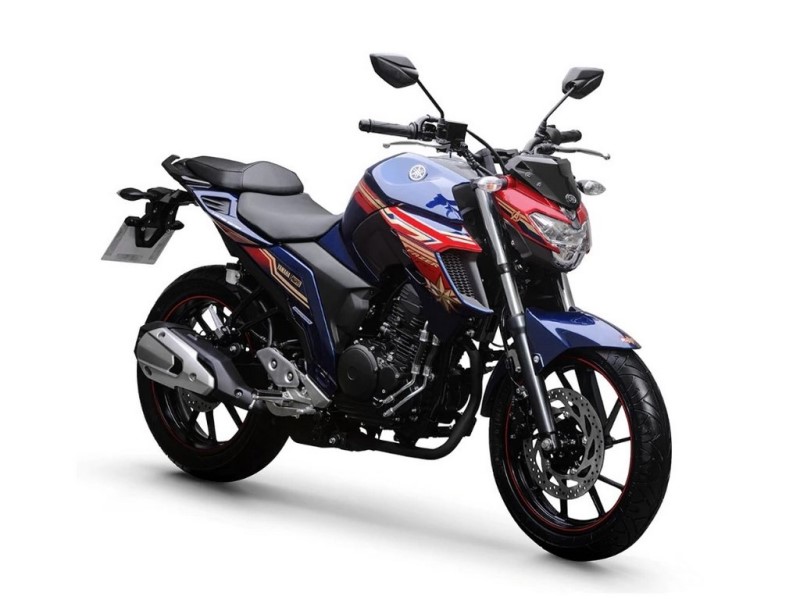 These Yamaha FZ25 Superhero color themes are unlikely to come to India. Our Indian 250cc FZ is based on this Brazilian Fazer 250…

Yamaha has completed 50 years of its existence in Brazil, and the company has a special way of celebrating the feat. It has announced the launch of Marvel-themed special editions of FZ25 in the South American country.

This is the Japanese company’s first partnership with Marvel, and it had showcased these motorcycles at an auto show in 2019. The displayed models were inspired by Iron Man, Spider-Man, Thor, and other Marvel heroes. Out of these, the company has launched only Black Panther and Captain Marvel versions in the FZ25, along with Captain America inspired Lander 250.

The Black Panther version of the bike comes with a glossy black and silver paint job with purple accents. Its graphics feature intricate details that can be seen on the Wakanda Hero’s suit. On the other hand, Captain Marvel livery comes with a glossy navy blue and bright red paint job. In terms of graphics, it gets Star of Hala on the front fender and the faux air intakes.

While these themes give the bike a fresh new look, the motorcycle remains mechanically unchanged. It continues to be powered by the same air-cooled, single-cylinder, 249 cc engine that produces 21.5 hp of power and about 21 Nm of torque. It comes with an all-LED lighting package and a dual-channel ABS for safe braking.

In comparison, the BS6 compliant FZ25 produces lower 20.5 hp of power and 20.1 Nm of torque. The Brazilian version carries the older styling that the BS5 FZ25 had in India.

The quarter liter motorcycle has been priced at BRL 18,090, which roughly translates to 2.45 lakhs in INR. The standard version of the bike costs BRL 17,490, which is equivalent to Rs 2.37 lakhs. Fore reference, the pricing for the standard version in India is now Rs 1.52 lakh (ex-showroom) in India.

Very recently, TVS introduced these Marvel character themes on its Ntorq in India. You can check them out here.