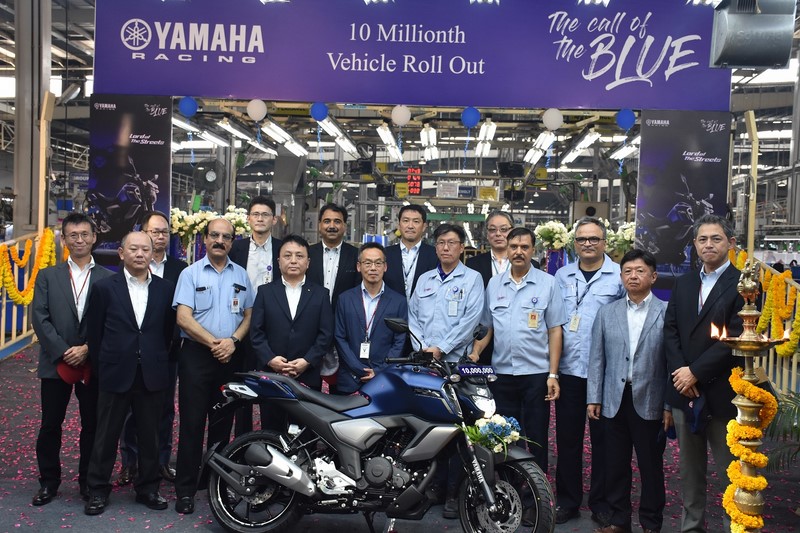 Yamaha has achieved the 10 million production milestone in India. Yamaha began its operations in 1985 and currently has three production facilities – 2 in the North – Surajpur and Faridabad and 1 in South – in Chennai, which is the newest!

Here are a few quick stats..

The 10 millionth vehicle is Yamaha FZS FI version 3 which is also the largest seller for the brand. Currently, the R15 version is adding a lot of numbers for the Yamaha and they will also be hoping for its naked sibling, MT15 to replicate its success.

Recently, Yamaha R15 and FZ also won the award for the best in quality by J.D. Power survey which was conducted among 85 different two-wheeler buyers (more details).