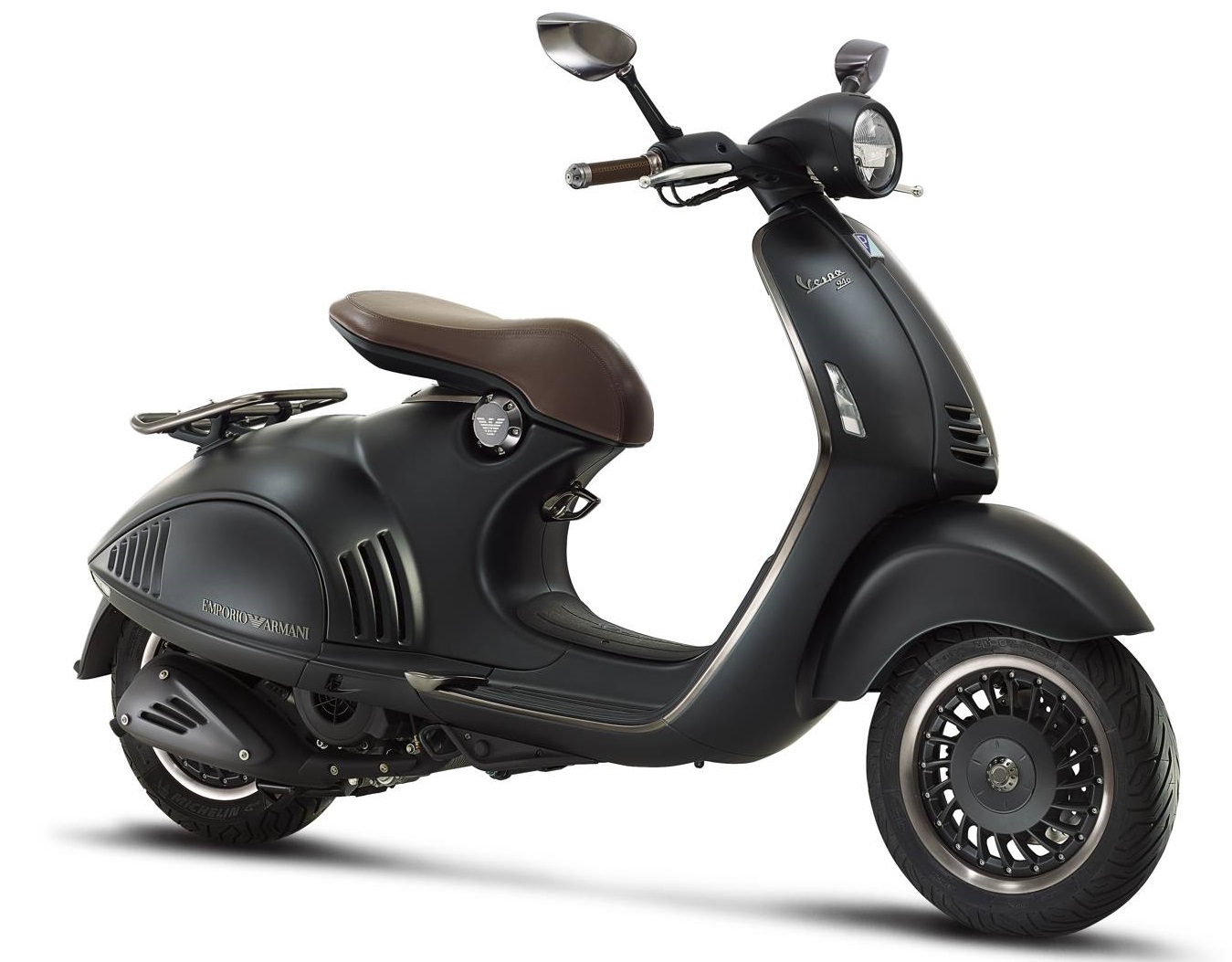 Piaggio launched the Vespa 946 special edition in India in 2016. This sooooper expensive scooter, it appears, was bought by someone….

If you are one of those who think from the heart, and if you have truckloads of money at your disposal, here is an interesting piece for you. A superbike dealer in Pune, SBK World has put up the Vespa 946 Emporio Armani Edition for sale on its social profile.

It describes the ravishing scooter as ‘super duper exclusive‘ which it is and claims that there are only two units in India. It correctly shares that it is the most expensive scooter in the world and it is ‘a work of art made in Italy’!

Actually, this matte black Vespa 946 Armani Edition was launched by Piaggio in India back in 2016 for reasons not known to mankind! Unlike what its ‘946’ sticker may have you believe, this scoot is powered by a puny little 125 cc, 3 valve engine which produces 11.39 bhp of power and 9.6 Nm of torque. This is only about 160 bhp and 125 Nm lesser than Suzuki Hayabusa which was available at around a similar price tag back then!

However, the Vespa 946 did come with some premium features like traction control, twin channel ABS but why would you need all of that to control 11 horses is again a question mark! The scooter was launched at a ridiculously senseless price tag of Rs 12.05 Lakh ex-showroom.

We never thought it will find takers but it appears someone did actually buy it, probably. It is only the first specimen we are seeing with this Pune superbike dealer. Through the chat we understand that it is selling the scoot at Rs 9 Lakh – a cool discount of at least Rs 3.05 Lakh over the original price.

It would definitely not be brand new as it was introduced when India followed BS3 emission norms. So anyway, if you are into collecting super premium stuff to be parked in your drawing rooms, you can connect with the dealer and get an otherwise brilliant looking scoot home!