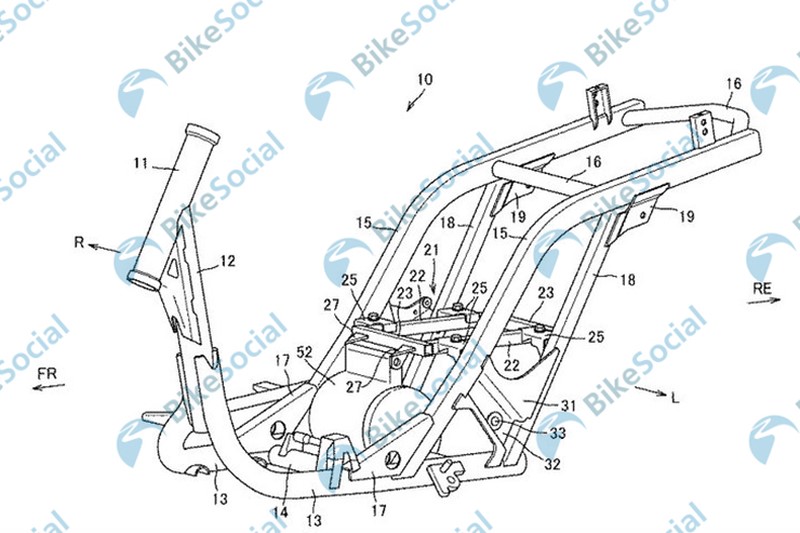 Almost every two-wheeler manufacturer has paid heed to the Government’s focused call on going electric. We have already seen truckloads of electric 2-wheeler start-ups. Prominent among them are Ather, Ultraviolette, Revolt and Emflux. Ather and Revolt are already selling their products in the market.

However, things got a big push when mainstream manufacturers – Bajaj Auto and TVS Motor joined the call with their Chetak and iQube (launched very recently). It is already known that Honda will start testing its first electric 2-wheeler for our market in the coming few months.

However, in a latest update a very big revelation has surfaced. A UK-based online portal has leaked patents of an upcoming Suzuki electric scooter. This is the most basic form of an e-vehicle we would have probably seen. It just features the frame and very minimal body parts – clear signs that this will be an extremely cheap scooter, which may, then, have the potential to actually impose electric 2-wheelers as the preferred mode of transport in cities.

The report goes onto say that this could be an India-specific product and may be manufactured here locally. However, Suzuki may decide to sell it in many other markets as well. There is a possibility that this unnamed electric scooter may be launched next year and hence, we can expect more info to trickle in in the coming few months.

Unlike Bajaj and TVS who are offering flamboyant looking aspirational products in the electric 2-wheeler space, Suzuki has taken a completely opposite approach. If this is what the brand intends to open its account with, clear signs that the intentions are to make a breakthrough in the entry level spectrum of the market.