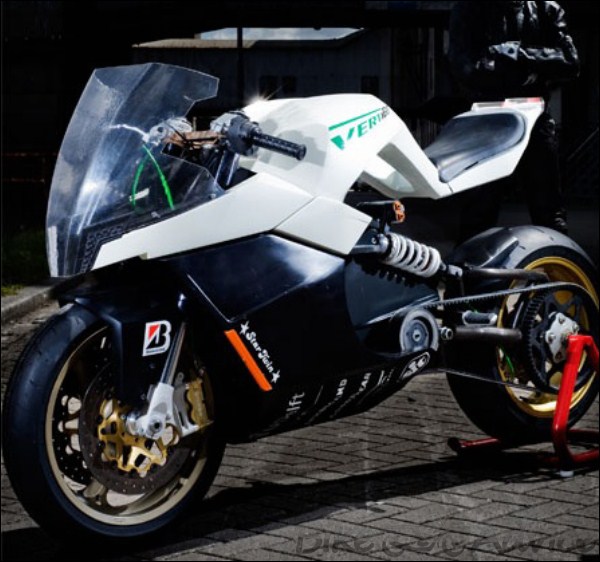 VertiGO electric superbike! We are yet to see such a revolutionary designed motorcycle in the fast moving electric space, still!

The idea of electric bikes has been around for many years. First electric motorcycle was released in early 1911. Though it was a breakthrough at that time, the concept didn’t succeed. The idea become popular again in late 1980’s when people realized the potential of electric motorcycles. After that various radical concepts appeared which even included electric drag-bikes like Killacycle, etc!

While all this may seem fascinating, people still rarely think of buying sport motorcycles that run on electricity, mainly because of weird designs, lack of speed and acceleration and most importantly, range anxiety!

Let me introduce you to VertiGO – an e-sportsbike, with remarkable acceleration and extraordinary aesthetics. And it doesn’t need petrol either.

VertiGO was designed and created by an extremely talented student from Transportation Design University, in the Netherlands 10-11 years back. His name was Maarten Timmer and VertiGO was his graduation project.

At that time, VertiGO was probably the first sport motorcycle that ran on electricity. There were a lot of them in the past, but nothing was so speedy and swift. It had an estimated top speed of 250 km/h with a high acceleration. In fact, claims were that it accelerated much faster than most gasoline powered superbikes, because high torque was available almost instantly. It had a revolutionary drivetrain and a relatively small, but powerful electric battery. And finally, it was to be a front-wheel drive, unlike most electric motorcycles.

But design was the most revolutionary part of the bike. Because VertiGO did not need a gas tank, there is a lot of negative space in the middle, and seat is beautifully anchored. Overall it reminds of racing circuit bikes, but of course VertiGO is a much more exotic looking bike.

VertiGO was claimed to be a very light motorcycle as well.

What you see on this page was a prototype and it is not known if it ever made it to mass production.

But it is remarkable to note that such a radically different e-motorcycle was created a decade back! Even during current times when there has been a lot of push towards electric motorcycles, we are yet to see a motorcycle as gorgeous as the VertiGO!