Iconic American bike-maker Harley-Davidson has a noticeable presence in India, with some well-known bikes like the FatBoy, Iron 883 and Street Bob in its lineup. Despite its frequent price revisions, it is still restricted to the upper reaches of the society because of its high sticker prices. 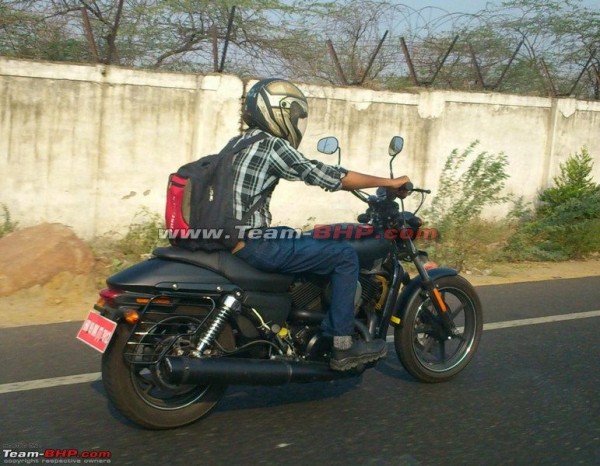 Harley-Davidson has always considered India as an important playing ground, and a steed from their stable, tailormade for India is, on anyday, a good proposition. The rumors about such a bike have been flying around for quite a time now (Read More). It was expected to have an engine displacement not greater than 500 cc, especially to suit the economy.

However, such a bike has not seen any official light of the day from the manufacturers. Probably they were contented with the performance of their models in the Indian market, and they also didn’t have to face much competition either. Royal Enfield, the bellwether of Indian cruisers, didn’t have an engine capacity to directly lock horns with the Harley-Davidsons. 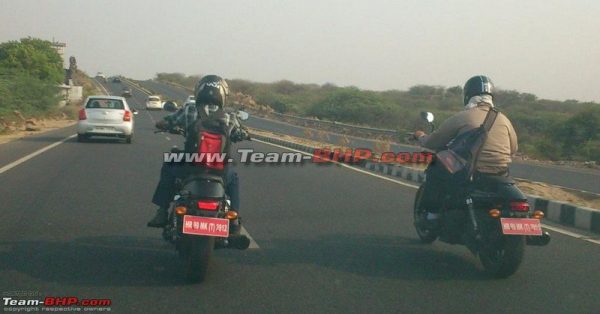 But the scenario could be changing fast! Hyosung has been making its presence known with its Aquila Pro cruiser, and a smaller GV250 seems to be in the pipeline as we reported a few days back. Royal Enfield’s much anticipated Café Racer is also undergoing the final tweaks, we expect it to break cover by next year. Hence, it seems Harley-Davidson can’t keep twiddling its thumbs.

A set of clicks by an alert Team-bhp reader seems to have added fuel to the speculation that a 500cc Harley-Davidson for India is indeed in the works. Two similar looking motorcycles were spotted by the person, and looks like he has netted a pair of really, really big fish!

The V-Twin on the bike definitely invokes a Harley-Davidson, we just wish we were there to hear it’s noticeable, brawny “potato-potato” growl. The riding position even speaks more prominently, as does the styling of the exhausts and the handlebars, the mirrors as well as the rear shocks. The wheels seem to be an off-shoot of the Super Low, and the tail section definitely brings to it a bit of Night Rod’s DNA. Overall, the clicks do tell a lot about Harley-Davidson styling. 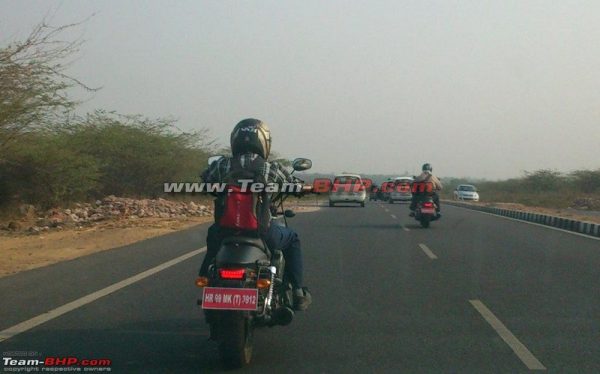 We are optimistic of such a model. The addition of the ubiquitous, mandatory “Saree Guard” hammers the last nail on the coffin of any contempt about a Harley-Davidson that might be coming soon! It looks like they are on the roads for the random user trials, since one of them is poorly equipped, infact lacks any safety riding gear.

If you have any clues on this bike or anything related to that, kindly share them with us. Do you also feel that finally there’s a stiff competitor for the 500 cc models of Royal Enfield??