After showcasing the Cafe Racer aka Continental GT at the last two Auto Expos in India, it appears that Royal Enfield is testing the bike for an official launch in India. 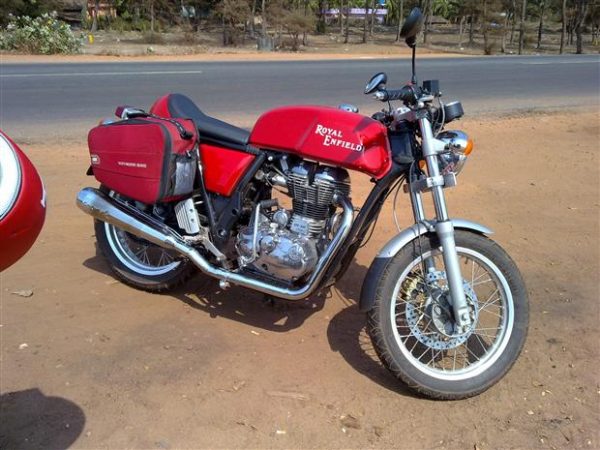 This Cafe Racer/Continental GT was spotted in Gokarna, Karnataka and the bike carries the trademark red color which has been so synonymous with it for the last 4 years of its Indian appearances. Cafe Racer is powered by a 535cc EFI single cylinder engine and it produces a power output of over 35bhp.

These pictures have also been confirmed by the official Twitter handle of Royal Enfield. We expect Royal Enfield to launch Cafe Racer in India sometime this year and this will be the most advanced Royal Enfield ever built. It would be interesting to know how would the company position it in India.

But, for all of you who have been asking us questions on Cafe Racer’s launch, these developments would have brought in a fresh new hope.