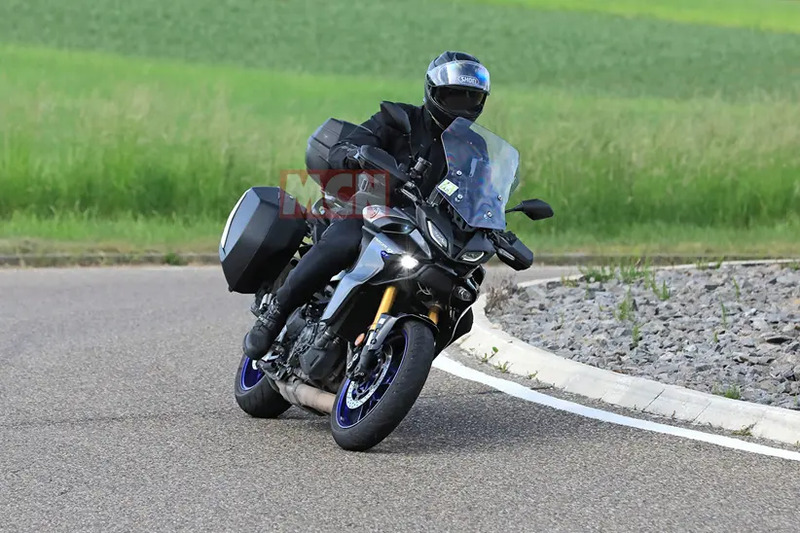 However, a new set of spy images have hinted that the upcoming 2023 Yamaha Tracer 9 GT  could be teched-out with a new Radar powered Cruise Control System.

For the uninitiated – the Yamaha Tracer 9 GT is a sports-touring bike offered by the Japanese company, which is based on their popular hooligan machine – MT-09.

It sports Yamaha’s famous Cross Plane 3 (CP3) engine with a displacement of 890 cc. It produces a claimed 115 HP and 93.55 Nm of torque equipped with a 6-speed transmission and a Quickshifter. It is able to carry 18.9 L of fuel and sports a seat height of 810 mm and weighs around 231 kg fully loaded.

The Tracer 9 GT quickly gained popularity and respect in the emerging and highly-competitive sports-touring segment in the international market, thanks to its capable engine & chassis combination, feature and exemplary comfort it offers.

Coming to the new upcoming model, the test-bike of the upcoming bike was captured somewhere in Europe in the early days of the month of July. At the first glance, it looks very similar to the current gen model, but a closer look highlights some significant and needed changes.

Looking head-on, notice the large black box hanging between the R1 style headlights. That is the Radar Cruise Control module which hints that the new GT model could be optioned with a Radar-powered Cruise Control system. This system has started to appear on all new sports-touring bikes from BMW, KTM, Ducati and Kawasaki – with Yamaha preparing to join the lot.

Examining closely the image capturer from the rear, we can notice a new, more conventional-looking TFT instrumentation. In the current model, Yamaha uses a split TFT instrumentation which is criticised by many due to the use of small font and weird layout. The new bigger, single-display TFT unit will offer the information clearly with larger fonts and will allow the UI to be easier and more intuitive. A very important and much-welcomed change.

Other than these two major changes, the rest of the bike remains the same as the current gen Tracer 9 GT. Judging from the ‘finished’ state of the test bike, we expect Yamaha to debut the new gen Tracer 9 GT at the 2022 EICMA event happening in November with sales starting in the international market by 2023.

Regarding Yamaha’s plan of bringing their premium models to India, read this story here which definitely will bring a smile to your face.