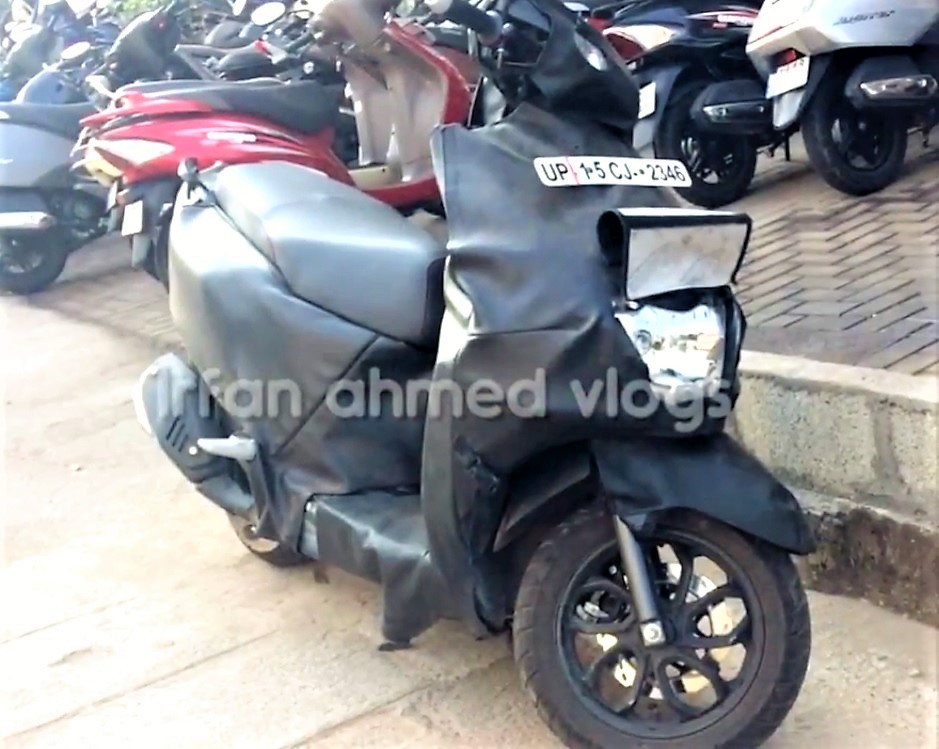 It may or may not be called as TVS Graphite however!

Update 1: TVS’ test scoot has again been spotted by Youtuber Irfan Ahmad Vlogs and this time it is sporting a petal disc brake upfront, very similar to what the Graphite concept adorned. Apart from that, we notice LED tail lamps (at the front it gets a bulb), fuelling from the tail (so that the rider need not get down), sporty seat with contrast red stitches, split grab rail and an all digital instrument cluster.

Update 2 – Spotted by Youtuber One Life to travel.

The most significant bit is that the scooter is doing speeds of over 100 kmph (speedo indicated) quite effortlessly. This is in line with what our source, who claims to have ridden it, revealed (mentioned below). It prompts us to believe that it could be a 150 cc motor but we are sceptical and do NOT think that TVS will skip the more lucrative 125 cc segment! 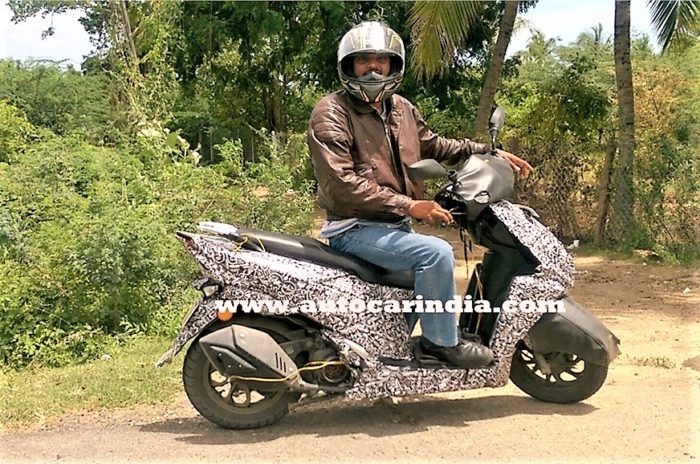 It gets a single front-apron mounted headlamp which has striking resemblance with Honda Dio. It comes with telescopic shock absorbers and most probably these mules are not carrying disc brakes. This scoot is not as sporty and lean as Graphite and instead carries a more rounded body. 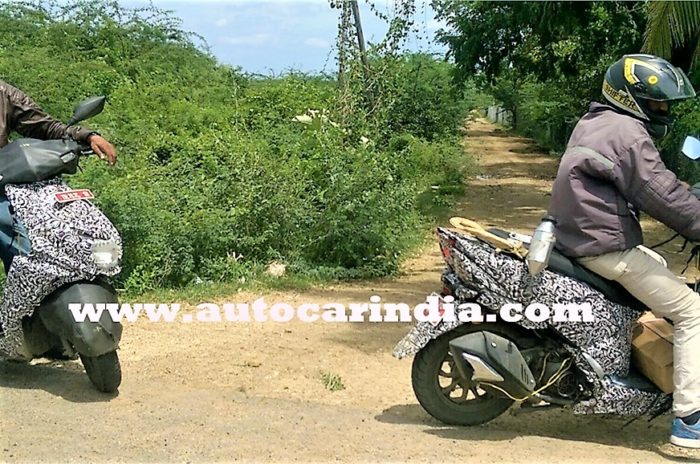 When the first spy pics of the scoot sneaked in, wild speculations tried to identify it as 2017 Honda Dio, new 125 cc Jupiter etc. We analysed and came to a conclusion that it is a TVS mule and could be the next-generation Wego carrying a 125 cc or a 100 cc engine.

One of our reader, who prefers to remain anonymous, shared some sneaking details about the scooter. He revealed…

Joining the dotted lines, it appears that this could be a 125 to 150 cc engine focused more on sporty performance and TVS may not be planning a commuter scoot. This also takes us to their Graphite concept which they showcased at the 2014 Auto Expo.

Last year, we had asked TVS officials about it and they did not rule it out from going to production (more details). In its concept form, Graphite looked beautiful and boasted of premium features like matte finished paint, AMT gearbox, paddle shifters, inbuilt immobiliser, petal disc brakes with a dual channel ABS system etc.