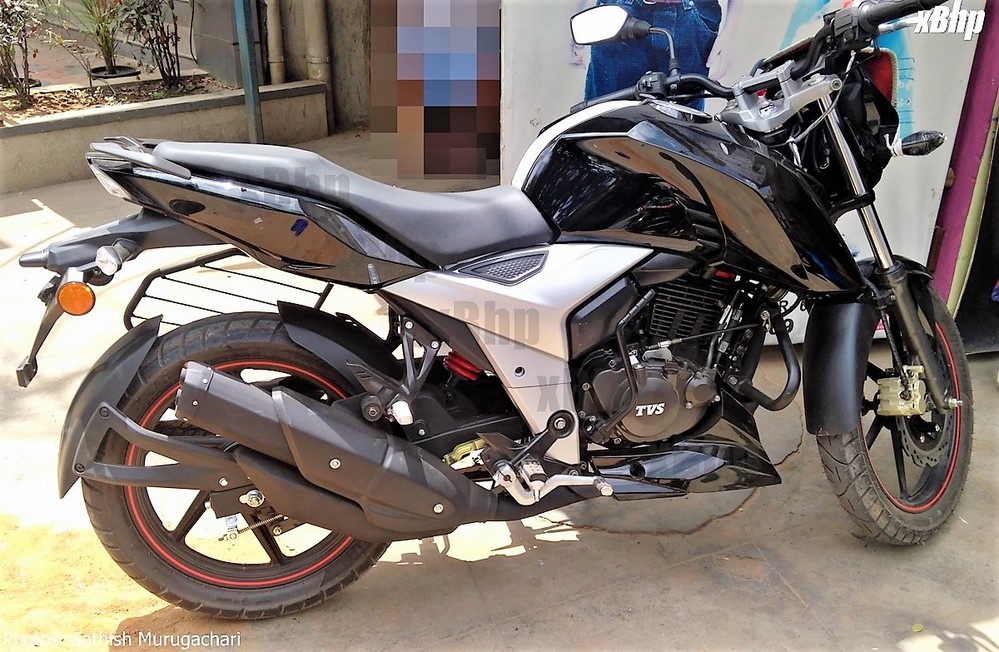 2018 Apache 160 launch date has been revealed in a new ‘Block Your Date’ invitation from TVS. It has already been spotted testing on the roads.

The next-gen Apache 160 was first spied by the Gearhead Bureau who posted its spy video at Youtube. Later on clearer spy pics surfaced at xbhp.com which depicted most of the changes. At the press conference of Apache RR 310’s launch, TVS confirmed the motorcycle for the first time.

Answering a question at the event, Mr Sudarshan Venu, Joint Managing Director, TVS Motor, announced that they are going to launch the new Apache 160 soon. He fell short of revealing any product-specific details but a lot of it is already known through spy pics that have surfaced so far.

Uptill now it has become abundantly clear that the 2018 Apache 160 will share all the design cues from Apache 200. All these test mules carry Apache 200’s bikini fairing, tail lamps, exhaust etc. However, thinner tyres, non-split seat, kick starter etc are the giveaways.

There are other differences as well – like rear drum brakes (instead of the small disc on Apache 200), silver coloured side panels on some mules (some get black) etc. The big change is that the Apache 160 will now sport oil cooling similar to Apache 200. The rear tyre is the same 110/80 in place of Apache 200’s 130/70.

It also carries conventional rod-type handlebar (no clip-ons) and a full-digital instrument console. Also, Apache 160 will ditch the dual shocks and will get a monoshock for the first time… which should better the already good handling characteristics of the motorcycle. 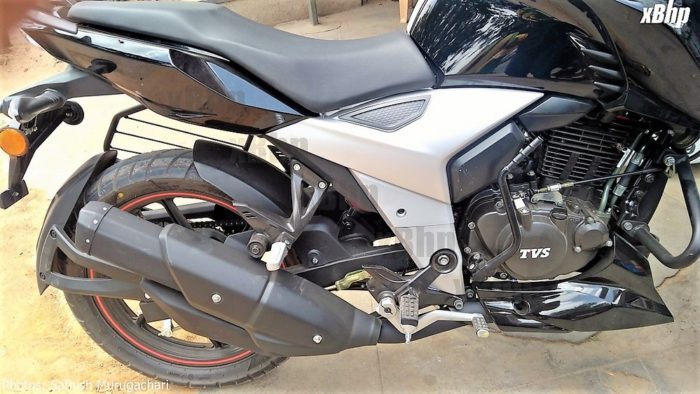 Interestingly, one of the test mules on this page has ‘Olive TVS’ sticker on the tyre hugger which is the name of a dealership in Vishakhapatnam. 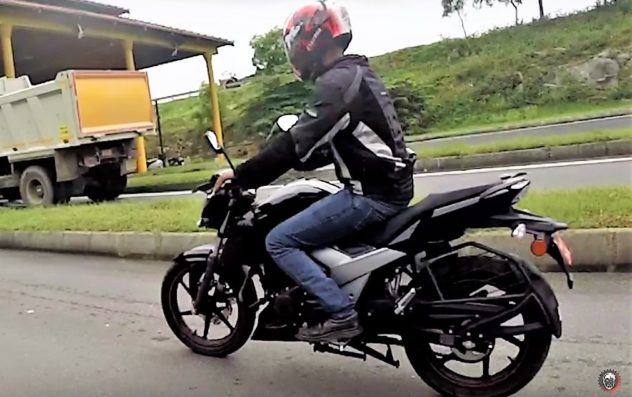 What changes will go to the engine or its characteristics are not known but rest assured focus will be on performance and agility, like it is the case right now and also with the sprightly Apache 200 (read review).

It was expected that TVS would unveil the new-gen Apache 160 at the recently concluded Auto Expo but they chose to remain silent on the motorcycle and let the Ntorq be the highlight. In a ‘Block your Date’ announcement, TVS has asked us to stay free from 14-16th March. Though they have not cleared but we believe 14th will be the launch day, followed by its media ride the next day(s). This was a given because of the upcoming ABS-mandate from 1st April 2018! Read more details on this ruling. 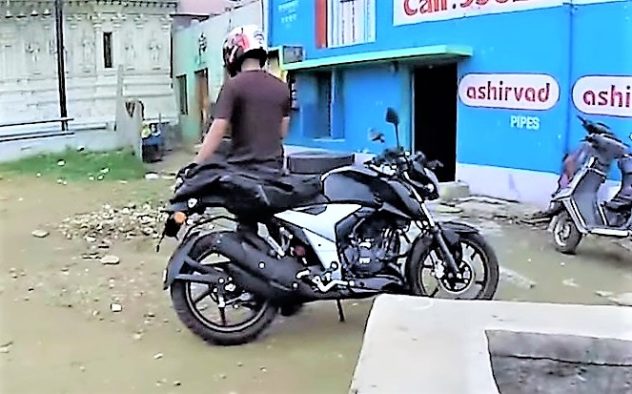 So, we are up for some more hungama in this fiercely fought segment which has very recently witnessed Bajaj’s Pulsar NS160! Apart from this, TVS has also showcased the very interesting 220 cc cruiser Zeppelin which is expected to develop into a production motorcycle in the times to come.