If there is one company which has taken concepts into production quickly, it has to be TVS, or the ‘new TVS’ as we must say! In the last five odd years, TVS has been very aggressive with their products and this has shown in their sales numbers. The Draken, Graphite, Akula, which were concepts at Auto Expos are now on the roads in their production forms and the good thing is that they not deviated too much from the philosophy of the concepts!

At the last Auto Expo, TVS chose to showcase a cruiser called as Zeppelin. The term Zeppelin has been taken from big German airships which were used during the First World War. TVS’ Zeppelin is a performance cruiser which has a new 220 cc single cylinder engine (?) which is mated with an Integrated Starter Generator (ISG). This ISG comes with an e-boost option which starts the motorcycle faster by providing an augmented boost. There is a 1200 watt regenerative electric motor with 48V Li-Ion battery which aids in performance. TVS claims that this patented technology provides Zeppelin with best in class fuel efficiency. 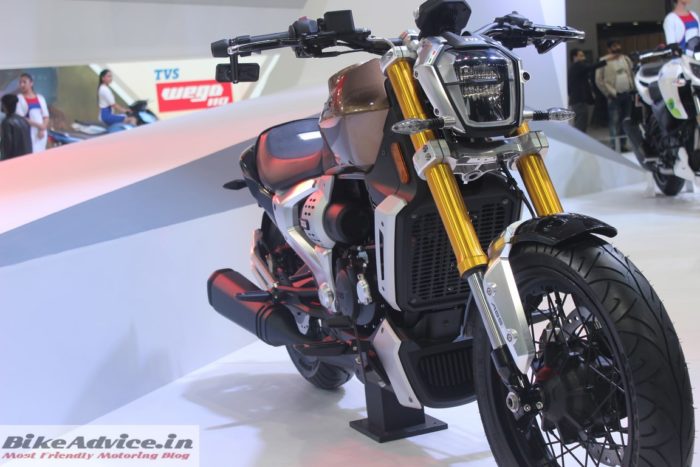 Zeppelin has an aggressive stance and comes with a metal body. Other interesting features include chunky 41 mm upside-down front forks, lightweight spoked alloy wheels and dual channel ABS. It also gets all LED lighting, electronic speedometer and internet connectivity, apart from featuring a first-in-class smart Bio-Key. 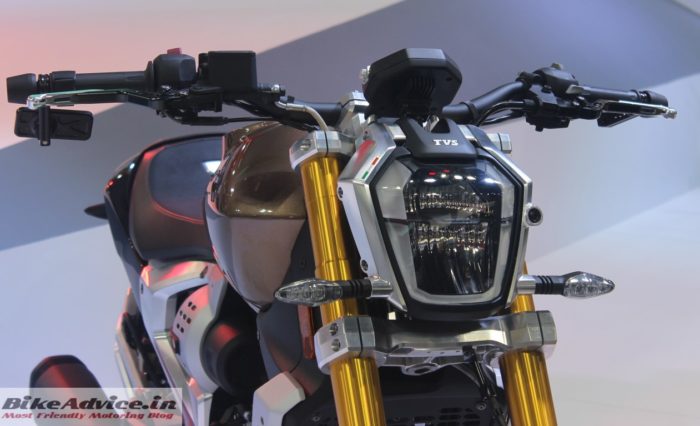 Interestingly, the radiator you see upfront is hollow and it remains an air-cooled engine. TVS has chosen to equip Zeppelin with a belt drive system, which they claim is ‘silent’. Interestingly, TVS’ first cruiser concept also features an HD camera in which you can record your memorable journeys! But we are sure this will not make it to production! The motorcycle comes shod with Pirelli Sports Demons. 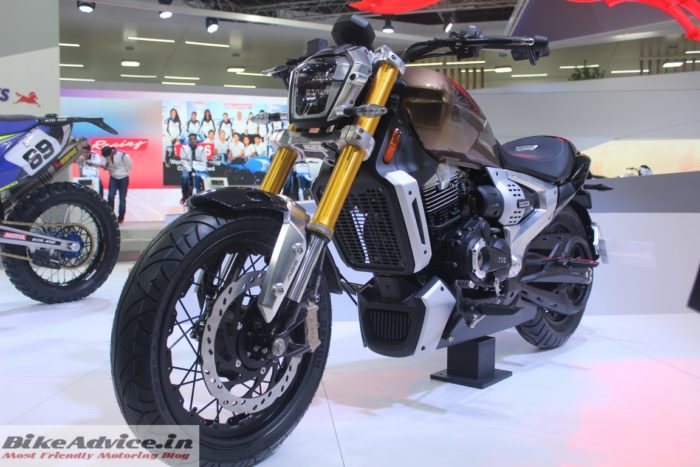 Since TVS almost announced that they will not venture into the adventure motorcycle category, their next direction was a point of conjecture. But now we know that the upcoming motorcycle from TVS could be a cruiser – a production version of Zeppelin.

But, we do not expect it to become production ready anytime soon. If TVS intends to take Zeppelin into production, expect it to be launch ready only in about 1.5-2 years from now. If they do it earlier, we will be pleasantly surprised!

Apache 310 Adventure Version NOT in Plan

Our thoughts are echoed by K N Radhakrishnan, President of TVS Motor. In an answer to a question by Autocar Professional, he said that both Creon and Zeppelin are at concept stages and it is very early to comment anything on them at this point of time.