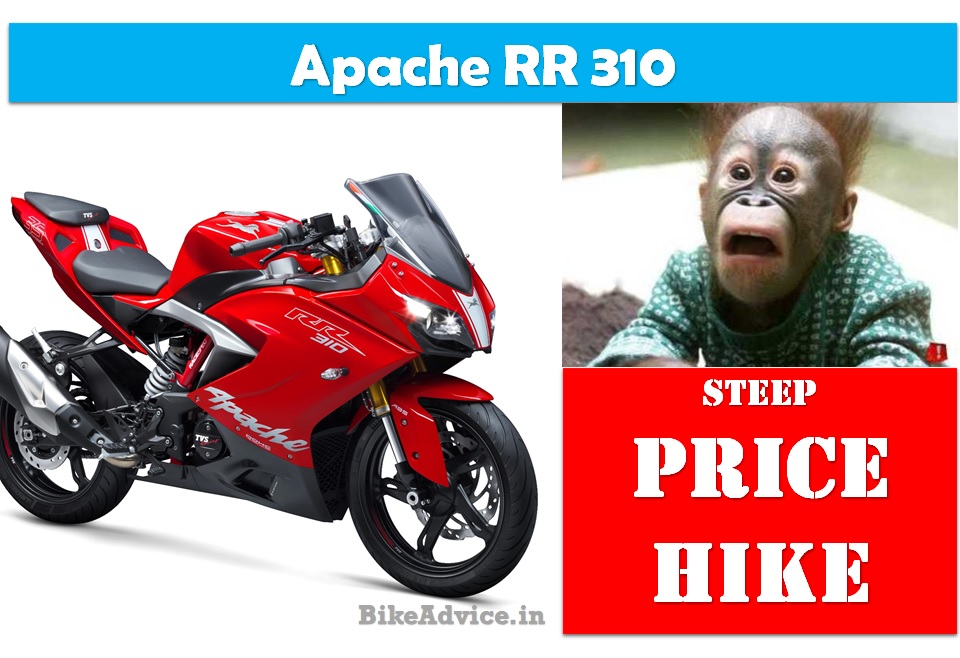 Just as we reported that TVS has received a very good response to their biggest motorcycle yet – Apache RR 310, they have increased the prices and by a significant margin!

Apache 310 has gotten costlier by Rs 8000 on the ex-showroom prices within a span of three months! Bajaj has also increased the prices of Dominar 400 by a similar quantum, however, they took 14-15 months to do that.

*all prices ex-showroom in respective states… 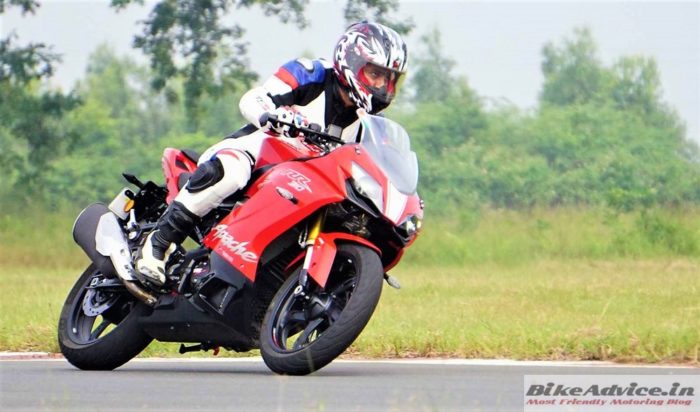 As we told you few days back (here), expansion to second tier cities has been pushed because TVS says they are sold out for the coming few months! However, they are not producing enough machines because official SIAM data suggests that they have only dispatched about 600 odd motorcycles in first three months of launch.

Based on a tip by one of our reader, we connected with TVS to understand if there will be price protection for people who have already booked the motorcycle? To this we were told that TVS is under ‘silent period‘ and will not be able to comment at this point of time! 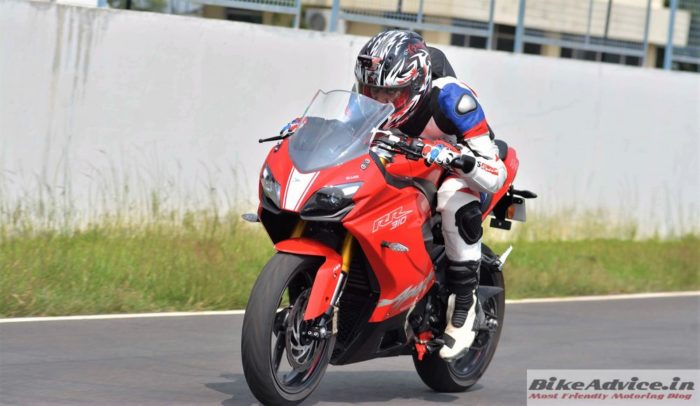 In most of the cities Apache RR 310 now costs Rs 2.23 Lakhs which is very close to its arch-rival KTM RC390. So, people who were comfortable with the earlier price difference may have a tough time choosing between the two!

Also Read: Why is TVS Apache NOT Akula & Bajaj Dominar NOT Pulsar

So, with hardly Rs 14-15,000 differentiating the two machines which one will you go for now?