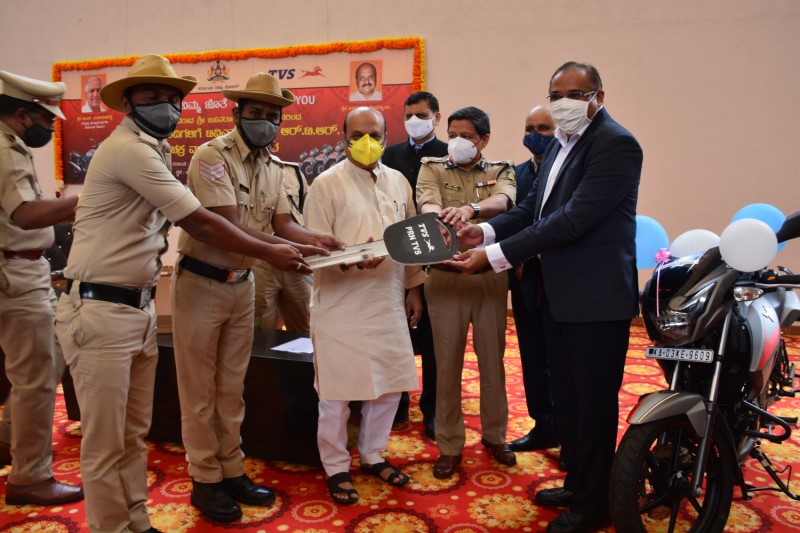 TVS has previously supplied around 911 Apache bikes to Bangalore Police in December 2018, as well.

Launched in 2005, the Apache motorcycles are extremely popular, specially down South. TVS recently surpassed an important milestone when it announced that it has sold over 40 lakh Apaches till now.

Now, in a latest development, the company has informed that it has handed over 25 units of Apache RTR 160 to Bangalore Police in Karnataka. The event was attended by the Home Minister of Karnataka – Mr. Basavaraj Bommai, Bangalore’s Commissioner of Police – Mr. Kamal Pant, and Mr. Meghashyam Dighole – the Head of Marketing for Premium Motorcycles at TVS Motor.

The motorcycle comes in two variants – one with disc brakes at both ends and the other with drum brake at the rear end. While the rear-disc version retails at Rs. 1,03,550, the rear-drum brake version is priced at Rs. 1,00,550 (ex-showroom, Delhi).

It is to be noted that TVS had also supplied around 911 units of Apache bikes to Bangalore Police, earlier in December 2018, as well. Bangalore Police had spent around Rs 7.1 Crore for the same, to increase its response time.