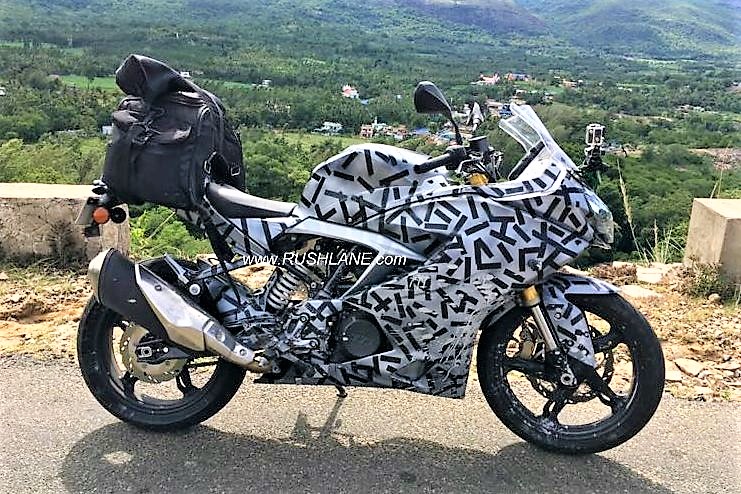 Closer to its expected launch, Apache 310 spy pics are coming in thick and fast and are revealing a big change…

The most interesting part for a larger section of motorcycle enthusiasts from the TVS-BMW deal is the prospect of getting affordable sporty motorcycles with BMW’s technology. That has been the single biggest reason for a lot of interest in the Akula – TVS’ version on the G310R platform!

Through an online filing and the latest spilling of brochure scans, it has been confirmed that the production name of the motorcycle would be Apache RR 310S! And we now have truckloads of Apache 310 spy pics surfacing every other day on the internet.

This appears to be one of the older test mules of the motorcycle with handlebar mounted rear view mirrors. There is a luggage bag hooked onto the rear seat and an action cam strapped on the fairing. 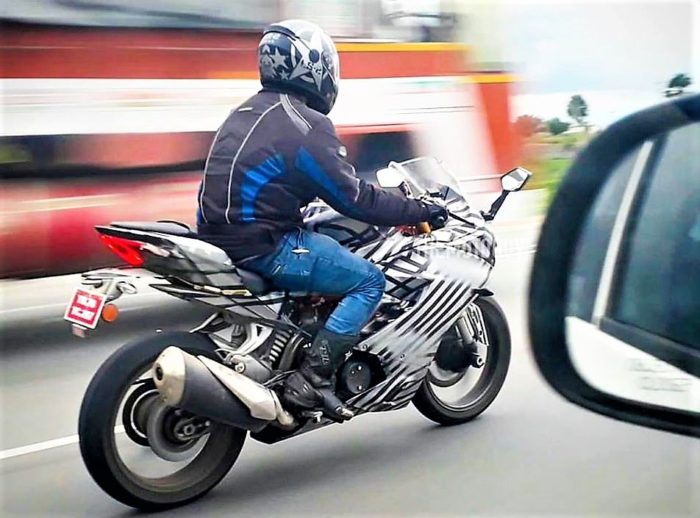 And if you notice the latest series of pics, you will probably understand that TVS is trying to make the motorcycle feasible for a wider set of audience by making the seating upright from an aggressive position it started with. 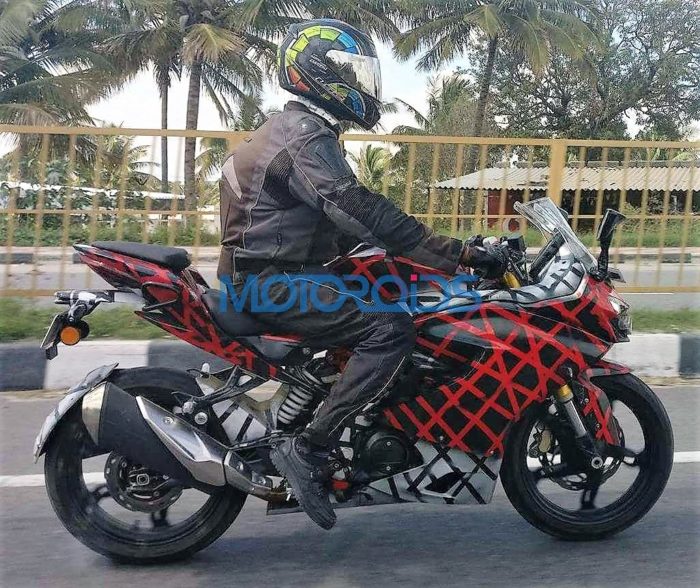 The above test mule gets a single-side mounted rear tyre hugger (similar to Pulsar NS200), and look at that round rod type unit under the pillion seat – is it the grab rail? But more importantly notice the relatively upright posture of the rider.

Earlier, a video showed a 2017 Duke 390 rider chasing two Apache 310s (probably somewhere in Chennai going by the sign boards) where the spotter says that upon seeing him the Akula riders sped up and the whole sequence has been filmed by the action cam at around 120 kmph. But what you will like here is the overall street presence of Apache 310S (and specifically the low-set front headlamps, which we have been mentioning time and again). 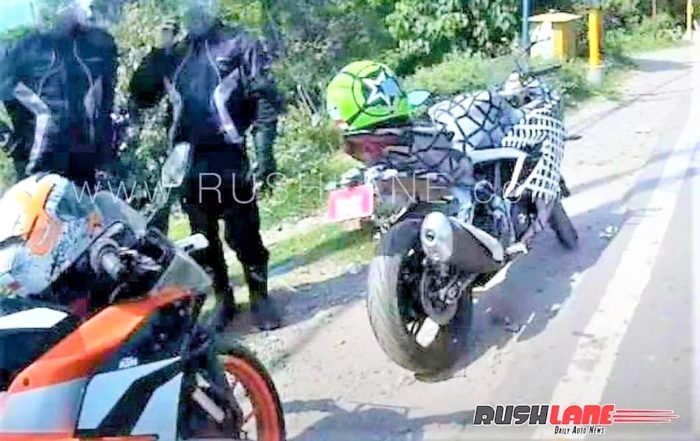 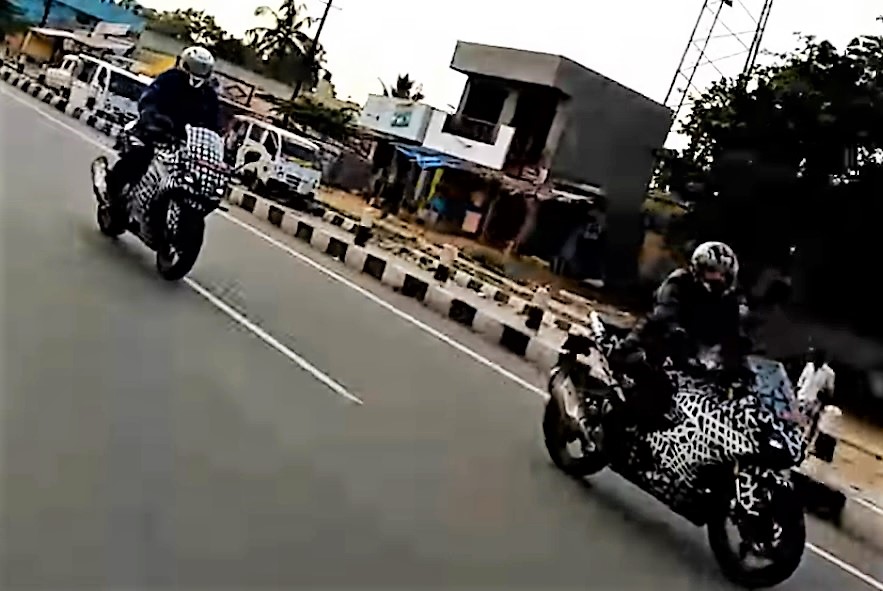 Also visible in this video are the LED DRLs which will probably be given an eyebrow look.

Few weeks back, a spy video Rushlane shared showcased the upcoming Apache 310 along with BMW G310R (Indian launch plans of which have been dropped) at some fuel station.

Undisguised pics of the motorcycle have already been leaked earlier which reveal it completely.

From the concept Akula to the near-production Apache 310, the motorcycle has gone through a few changes specially at the rear which has been completely revamped. The hollow rear cowl and tail of the concept has been replaced by a flowing riser among other bits. The split seat has a resemblance with the R15 and the (Akrapovic-like) exhaust has also given way to a G310R-like round unit.

We are more curios to understand the tune Akula will come in. While Bajaj has reduced the output of the KTM sourced engine on their Dominar 400, it remains to be seen how low will TVS go!

For starters, Apache 310 will be powered by the single cylinder mill borrowed from the G310R. Premium features include upside down front forks, aerodynamic fairing and radial calipers.

TVS told us that the biggest Apache will be launched within these months however, we are yet to get a concrete bit from the company.