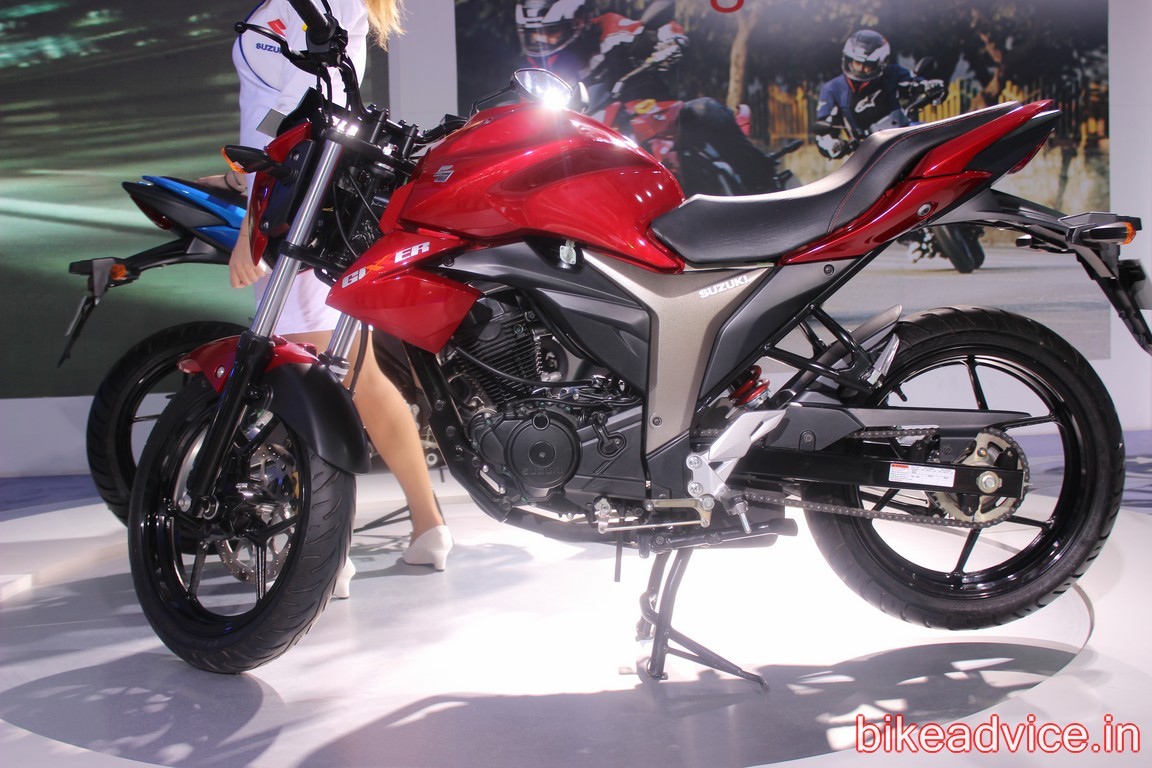 The GSX-R (often pronounced as Gixxer) series of bikes comprise of Suzuki’s sports bike lineup. If you count out the Gixxer, the smallest sportster wearing the GSX-R badge would be the GSX-R600. And I am not even saying that this middleweight is available on sale in our country or that it is expected in a year or two. 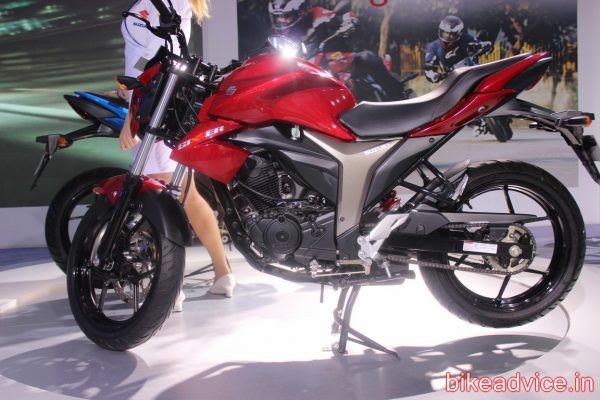 What we have instead is the upcoming 150cc Gixxer and the GW250 Inazuma. Yes, if you have something special for the ‘S’ logo and are out in the market for a small capacity commuter bike, you can have the GS150R, or one of the two variants of 125cc SlingShot or the 112cc Hayate.

The all new Gixxer is Suzuki’s way of saying that they intend to get up and be counted in the India market. I distinctively remember the “Lucky Strike” days of Suzuki and had on occasions wondered if the Suzuki of those glory days will ever return. The Gixxer, thankfully, gives some hope; a puny 150cc of hope, but a hope nonetheless.

The Gixxer was unveiled just before the Auto Expo 2014 and was kept for public display at the Expo. If you have missed seeing the bike there, here is our quick preview of the bike along with all the required info and pics.

For the first time, we see an aggressive design from Suzuki India. All their other products are staid and sober lookers. Upfront it has a trapezoidal headlamp with the number plate mounted on the crest. There are no other tantrums and the frontal looks are accentuated by fatter 100/80 17 inch rubber.

Its when you get to the sides you feel the real muscle. The raised fuel tank, like FZ, is the main design element of the bike. It has a lot of creases and cuts and the knee recess appears to be just perfect. The dummy air scoops end abruptly and could have been better designed.

The S-shaped kick lever is interesting and gels well with the background but appears to be wafer thin. The second best design element is the rich exhaust which lends the bike a higher-cc-more-powerful look. The high-set seat rises up to the second floor and it may just be a tough-competition to the R15 V2 in terms of ‘whose pillion sits higher?‘!

The taillamp appears to be an inverted heart and we feel Suzuki could have used a less-broader number-plate connecting unit. We would have also loved to see clear-lens side blinkers in place of the regular orange ones. The split grab rails which appear to be nicely integrated from the sides are clearly visible from the rear and are body coloured. 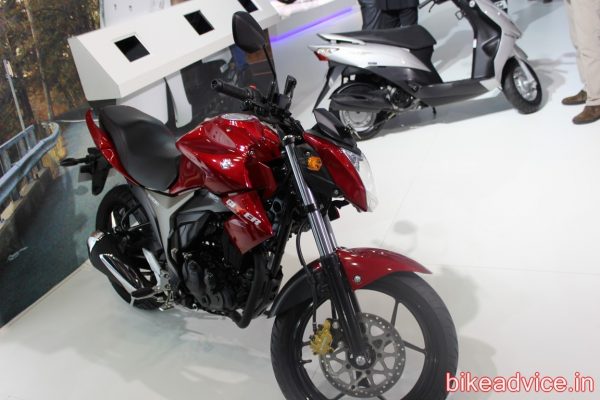 The top view reminds us of FZ with a similar strip running across the tank from the front to the rear. The thin 6-spoke alloys also add to the chiselled looks of the bike.

Gixxer will be powered by a 150cc 4 stroke air cooled SOHC single cylinder engine. Power and torque figures are not made public yet by the company but we believe they will be in the same ballpark of FZ. It is the economy figures where Suzuki may want to kill the muscular Yamaha by offering a more frugal motorcycle. Gixxer gets Suzuki’s SEP (Suzuki Eco Performance) technology which is a tag developed in competition to Honda’s HET!

In the official press release the company has hinted that Gixxer will get a strong low-end and mid-range torque which clears that this will be a city toddler!

Like FZ, Gixxer it is carburetted and Suzuki is making no mistake – it is being provided with a kick starter from day 1 as standard along with the electric starter. It continues with the regular setup of frontal discs and rear drums, but we believe Suzuki must provide it (rear disc) at least as an option.

The bikes which were kept on display had MRF tyres both fore and aft. And like FZ, Gixxer also carries an all-digital display but it appears less cumbersome and flashy compared to its rival. We have a tachometer which redlines at 9.5k rpm, a gear indicator, clock, (at least) 2 tripmeters and the regular more legible speedometer. 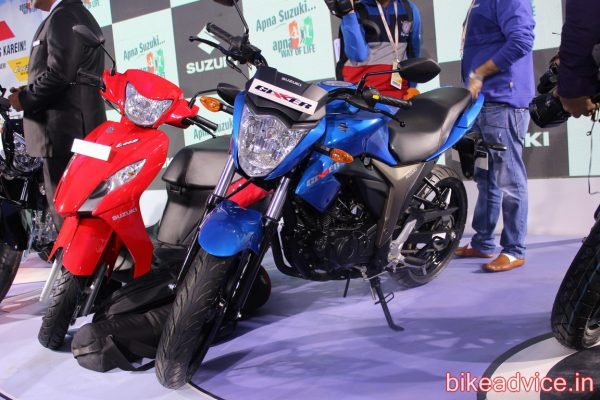 In Essence, here’s what you could expect from GIXXER:

As you must have read here, there are more than glaring evidences that Suzuki is targeting the FZ for dominance in the premium 150cc segment. We expect them to keep the pricing around the same levels as well. The GS150R costs around 76,000 on road in Delhi, expect the Gixxer to start at Rs 80,000 on road.

Launch is slated for July and Yamaha is already bracing it up and have plans to launch the FZ version 2 which has been spotted under test many a times.

Since Gixxer’s global unveil and the announcement that the company will be selling it in India as well as Brazil, there has not been any new revelation. Perhaps Suzuki is weighing up the feedback it got from the Auto Expo 2014 and making changes and modifications as required.

But the prospects do look bright and Yamaha needs to do more than just cosmetic upgrades if it intends to continue doing well in this segment. Obviously, a lot would also depend upon the pricing of Gixxer and unless Suzuki does an Inazuma-like atrocious pricing, Gixxer should sell well!