The upcoming FZ-S has recently been spotted un-camouflaged and duly clicked by a reader of Indianautosblog.com. A concept based on the Yamaha FZ-S was unveiled during the Auto Expo 2014 and the new version of the bike derives heavily from the same concept. The latest spy shot of the bike parked confirms the similarity. 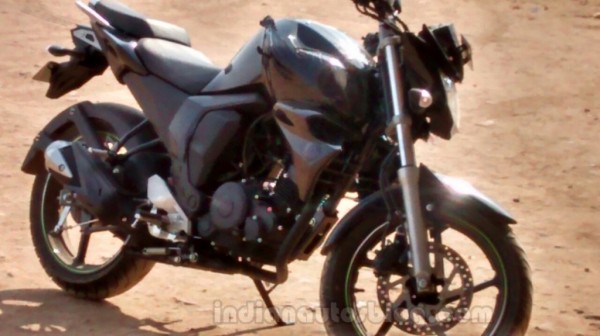 The publication does not specify where exactly the photograph was clicked but earlier sightings have been at Delhi and Chennai suggesting Yamaha is already trucking the new version across the country. The launch is expected sometime towards the second half of this year.

This upcoming small capacity naked seems more angular than the current model. The shadow and reflections falling on the fuel tank on this hastily clicked image bluff the beholder’s eyes and make the bike look more so. Nevertheless, the upcoming version FZ-S is expected to advance the ‘bigger bike’ look and feel of its predecessor and will continue to be one of the best looking small-capacity naked out there. 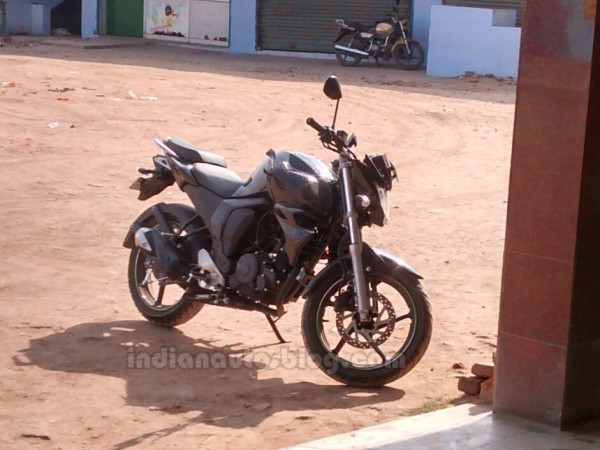 While there is no confirmation or concrete hint, an earlier report predicts the possibility of an increased displacement, introduction of fuel injection coupled with a higher power output from the current 14PS. This, of course, is pure conjecture and with Yamaha playing it real close to the chest everybody can enjoy the guesstimation potluck. An increase though would make sense, especially when the up and coming Suzuki Gixxer is squaring it up against the FZ in the premium 150cc commuting segment. 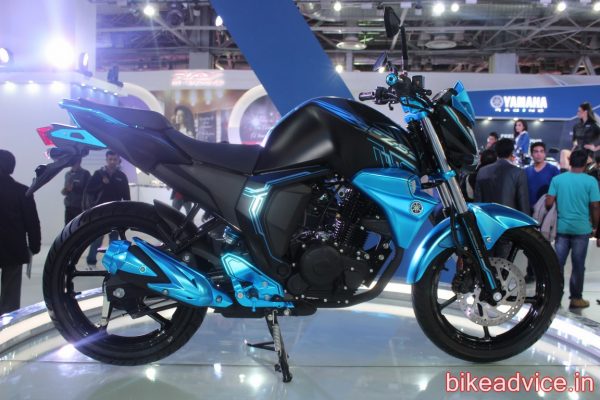 The current version of the Yamaha FZ-S goes for INR 73,000 – 74,000 (ex-showroom, Delhi). A slightly more powerful FZ-S at the similar price point would be real scrumptious. You like the new FZ, then?