Barely have we stopped talking about the FZ Version 2 which Yamaha showcased at the Auto Expo, and we have the first ever spyshots of the upcoming motorcycle coming from Delhi. 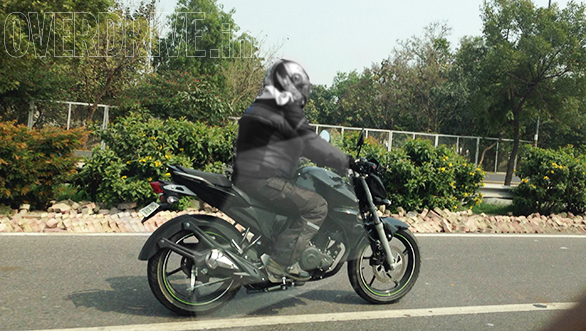 Pictured here is a sharp looking Yamaha FZ facelift version 2 mule cutting across lanes and running on what look like regular number plates. Let us list down what changes we can notice with respect to the current FZ which is on offer. 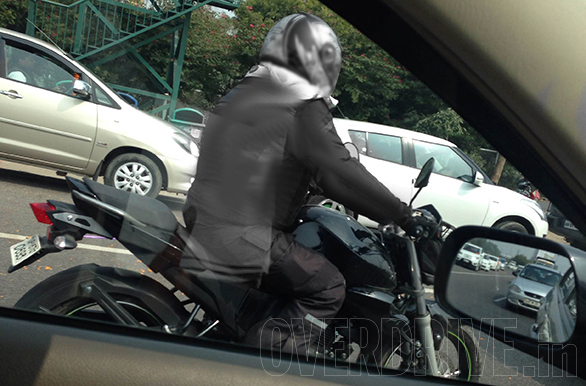 These pics coming from Madhav Abeer, a reader of Overdrive.in, reveal that almost everyone was correct in identifying the Auto expo FZ-S concept as the new updated FZ which is coming to us. Though there is no clear frontal shot, but we believe even the front will be redesigned and will have a very similar face like the blue FZ-S concept pictured here.

The tyres appear to be the similar MRF Revz and carried over from the current FZ. The tyre hugger is different from the one Yamaha showcased at the Expo and even the RVMs (rear view mirrors) also appear to be different with thinner rods and basic mirror cover. 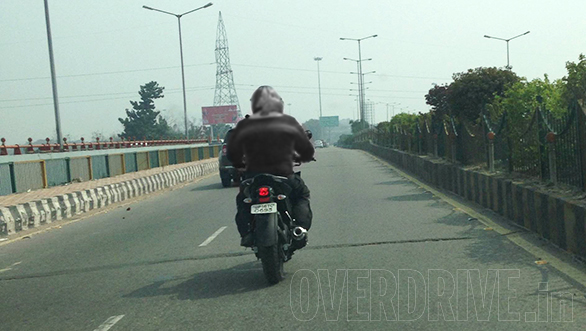 Overdrive is of the opinion that Yamaha may plonk a rebored higher capacity engine belting out somewhere around 17PS from the 170cc motor. This is a little difficult, but if it goes true, Yamaha will take the FZ in a different league of its own well over the new Gixxers and other new entrants. 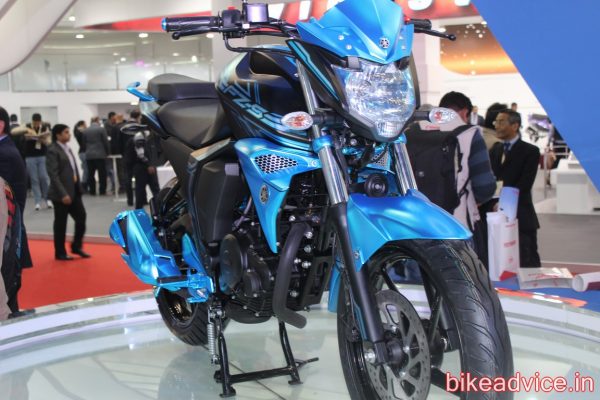 Launch of the updated Yamaha FZ is expected to take place sometime in August this year after the Gixxer (Coming this July) which is touted to be a direct rival to FZ. This will give Yamaha some time to work on the last-minute pricing changes, if et all!

So…do you like what you see in these pics?