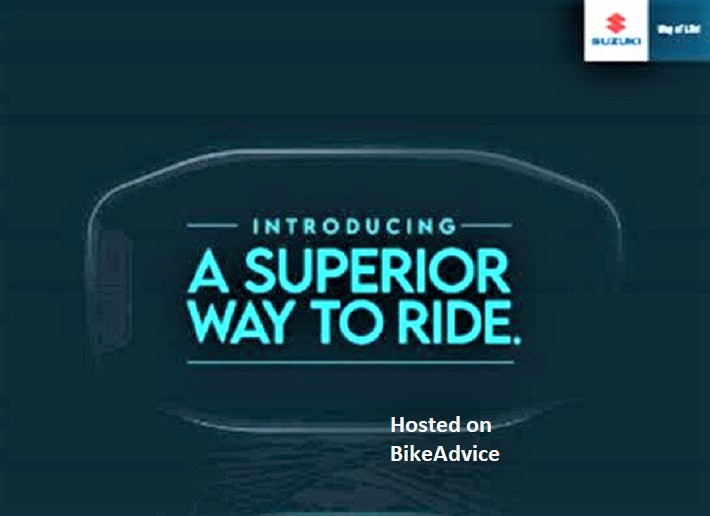 We list as many as four possibilities of Suzuki 7 Oct event. It could be the launch of a new product or the smart connectivity suite…

Suzuki has shared a ‘Block your Date‘ invite with us for an event which is scheduled for 7th October 2020. The teaser features what looks like a digital console with the following text…

Introducing – A Superior Way to Ride

Let us try to list out a few possibilities.

First up, it could simply be the launch of the new Gixxers which have been confirmed to be getting new colors (details). But chances of it being just this are very less. Suzuki won’t dedicate a complete event to reveal or showcase new colors of absolutely unchanged motorcycles.

Next, as we have shared in an exclusive, it may be the launch of the updated Access which may get a digital console and few other features.

And then there is the possibility of this event being the official announcement of the smart connectivity suite that Suzuki is said to have developed for its 2-wheelers under the trademark ‘Suzuki Ride Connect‘. Similar to TVS and others, it may offer smartphone connectivity along with a host of other features.

Possibility number four: We have it in our knowledge through a source that Suzuki may be working on a new scooter for our market and this event may just be its official announcement.

Burgman Launched in New BLUE Color; Is Cheaper Than Grazia

We tried to edit the pic and though the outline of the console looks similar to the Burgman Street, Intruder and Gixxers, it has very subtle but clear differences, which leads us to believe that this has to be something else. What we are more inclined to assume is that this event may have something to do with scooters and/or the connectivity suite..