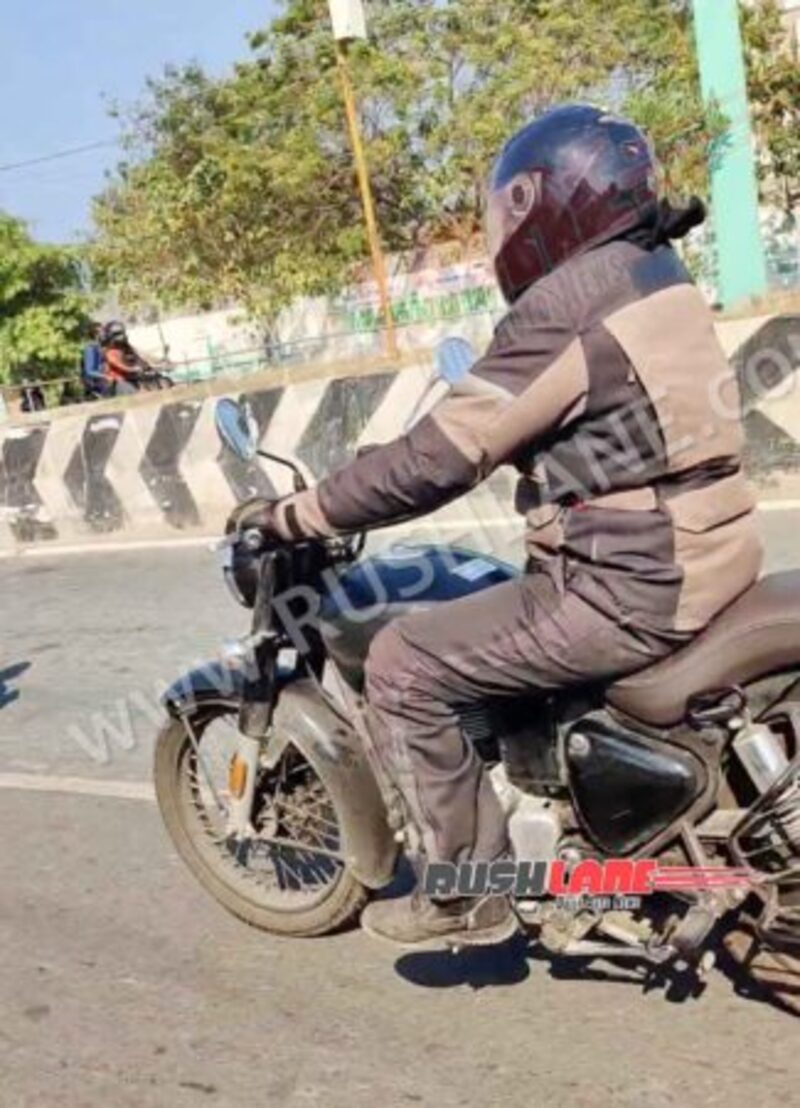 In-between the sea of rumours, speculations and spy-images, today we got a glimpse of what Royal Enfield might be planning for the future.

Moving away from all the hype of the upcoming Super Meteor 650  and Hunter 350, today we are sharing the images of what could be some of the earliest images of the next-gen Bullet 350 from Royal Enfield.

In September last year, RE launched the latest generation of their ever-popular Classic 350 which brought the much-needed and improved J-series engine and said farewell to the traditional Unified Construction Engine (UCE) unit. Looking at the spy-images, we can see subtle hints and inspiration from the Classic 350 on the new test-bike.

Also read: Royal Enfield Himalayan vs. Scram 411 – How Different Are They??

The biggest inspiration that jumps out to us is the use of headlamp and tail-lamp design which is very similar to the ‘Classic Reborn’. The single round headlamp is surrounded by a ring of chrome along with a pair of standard orange turn-indicators mounted just below it. At the rear the test-bike gets the protruding tail-lamp paired with round turn-indicators.

Looking closely at the chassis of the test-bike, we can see RE is utilising a new frame configuration. Instead of the previous single downtube frame, the test-bike is running on a new double-cradle frame using the engine as a stressed member. The look of the engine and its casing is very similar to the new J-series engine which are powering the current Meteor 350 and new-gen Classic 350.

Fixed above the chassis is a new single-unit seat which appears to have a specific curve design to provide better lumbar support for the rider. The new seat combined with higher set handlebars, which are pulled towards the rider, will provide a comfortable and upright posture for the rider.

This fact we certainly know that the next-gen Bullet 350 will be powered by the 349 cc, air-cooled, J-series engine producing 20.2 BHP and 27.2 Nm of torque mated to a 5-speed transmission system.