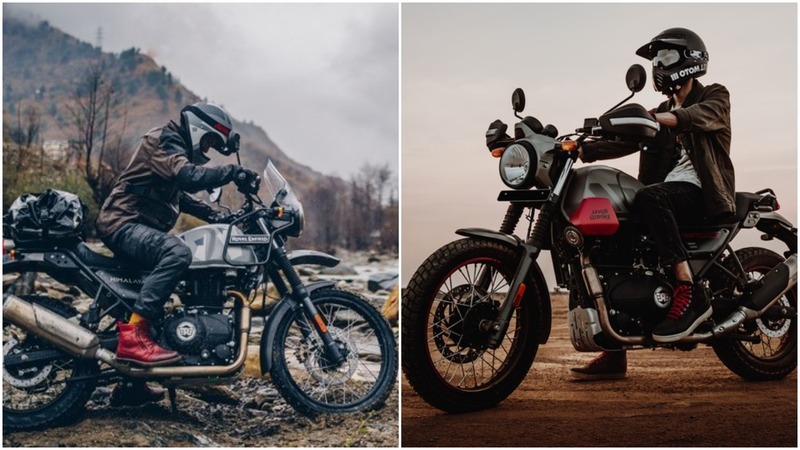 With the latest launch of Himalayan Scram 411, Royal Enfield are now offering two machines which can comfortably take the rider to the desired destination on any tarmac and through any terrain.

By now, it is common knowledge that the Scram 411 is a toned-down and subdued version of the Himalayan ADV. The company calls it the ‘ADV-Crossover’.

But how different are these two bikes??

Thanks to its 21” front wheel, the Himalayan ADV has  20 mm more ground clearance.

The Scram 411 is a more road focused machine and therefore is running a 19” front tyre, but does get dual-purpose tyres as standard.

The ADV characteristic of the Himalayan means that it sports a seat height of 800 mm, 5 mm more than the Scram 411 sibling.

The lower seat height will allow more riders of various stature to opt for the Scram 411.

The Scram 411 has a 10 mm shorter wheelbase than the Himalayan.

This combined with 30 mm shorter length, further thanks to smaller front wheelbase, will translate into the Scram being a better on-tarmac machine.

According to RE, both siblings are using similar suspension setup but the scram has newer and revised internals.

This has resulted in the front forks of the Scram 411 to have 10 mm shorter suspension travel. This will make it stiffer, more suitable for on-road performance.

The Himalayan gets the native ability to allow the rider to switch off the rear ABS of the bike by the push of a dedicated button. This makes the bike more manageable on the rough and rocky terrain.

However, the Scram 411 does not get this ability, due to its road-focused nature. This means the Scram 411 will not be very suitable for technical off-roading scenarios.

Other than the above point of differences, both the siblings are very similar to each other in every aspect – engine, features, fuel capacity, power, transmission etc.