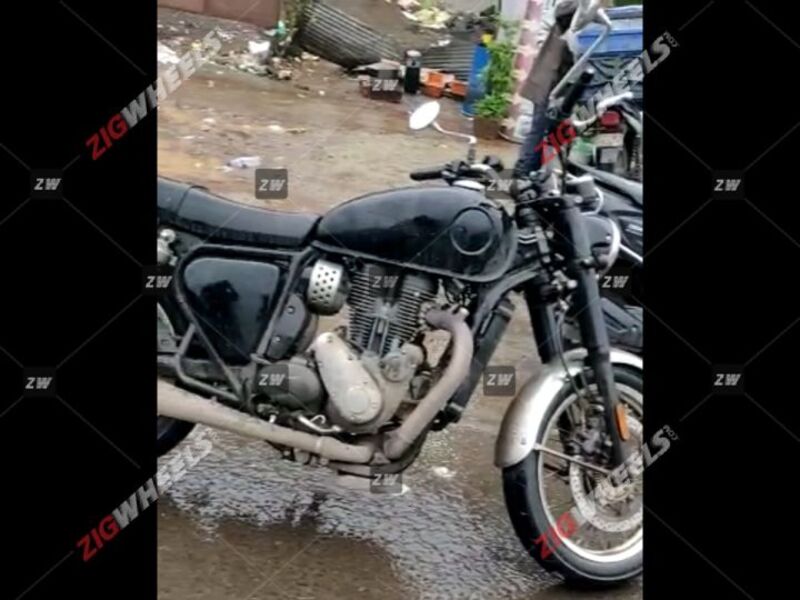 So, for the 2nd time, BSA Gold Star retro bike has been spied testing on the Indian roads. Last time, it was August of 2021 when the Gold Star was last spotted being tested in full camouflage.

Nearly a year on, an online portal has shared a small walkaround video of a retro-looking bike bearing the design aesthetics of the resurrected BSA Gold Star. This bike is the closest rival to the ever-popular Royal Enfield Interceptor 650 as there can be.

The test-bike parked on the side of the road has been captured in a small walkaround video clear enough to pick out many details about the bike. It sports a tear-drop-shaped fuel tank highlighting clean lines and a round indentation where the company logo will be fixed. The headlight and the instrumentation pods continue the round retro design along with the use of conventional Right-Side Up telescopes forks.

Also read: What Is Honda Revealing on August 8??

The old-school look is maintained by using a flat bench seat which will offer an upright riding posture combined with centrally-mounted footpegs and a flat easy-to-reach handlebar. Seen from a certain angle, the test-bike does remind us of the original Gold Star of the ’70s.

So, does this spotting point at the possibility of an Indian introduction?

if yes, just like the BSA Gold Star which will go on sale in August in the European market, the Indian-spec model will definitely continue to be powered by the 652cc, single-cylinder, liquid-cooled engine that churns 45.6 HP and 55 Nm of torque and is connected to a 5-speed gearbox.

If and when the BSA Gold Star makes its debut in India, its pricing is what will decide its fate here. If priced well (read around or under that 3 Lac mark) it could do well, however, if Classic Legends goes too optimistic it may end up being a sales dud here.

There has been no intent shown by Classic Legends of bringing the BSA brand to India as it intends to promote it as a premium offering which may work in the European market.

But, what if the company decides to introduce this platform under its other – Jawa or Yezdi monikers…?