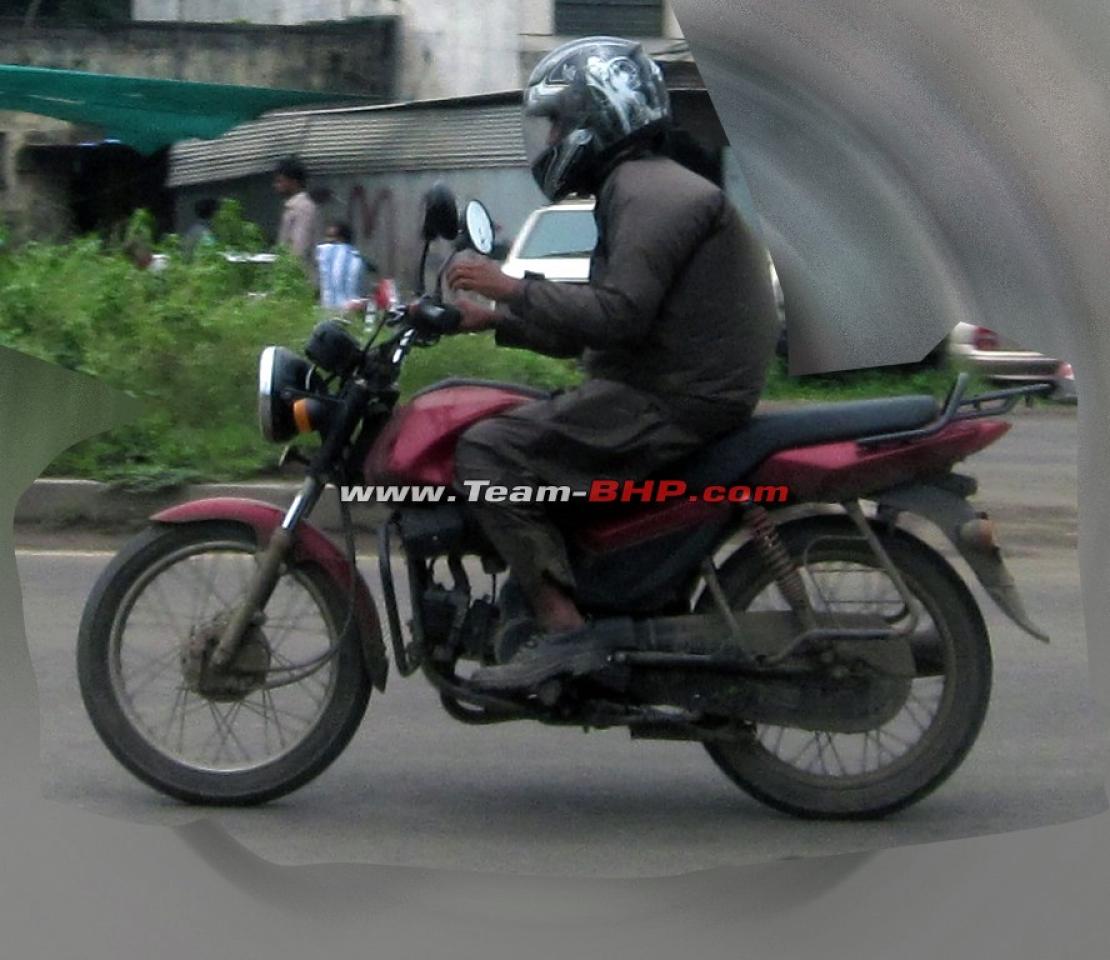 Mahindra Two Wheelers appears to be on a roll! After winning hearts with their Centuro, they are probably looking to scale down in the value chain and cater to the huge volumes that exist at the bottom of the customer pyramid. 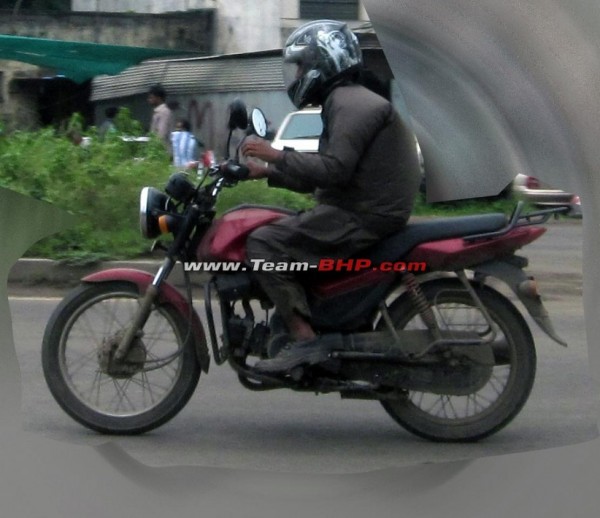 Thanks to Team-BHP, we are now aware of the probable existence of a stripped-down version of the 110 cc Pantero.

They have sighted a bike which is assumed to be the low-cost version of the Pantero. At first sight, it appears that a lot of cost cutting has been incorporated into the bike. Instead of the regular Bikini-Faired headlamps, there is a relic of a round-dome headlamp!!

Though the pictures are grainy, the wheels appear to be the older spoked ones. Apparently, the electric starter could have been bid goodbye to cut prices. Other than that, we feel the rest bits and pieces of Pantero would have been present on the bike. There is almost a certainty of the 106cc mill being shared. 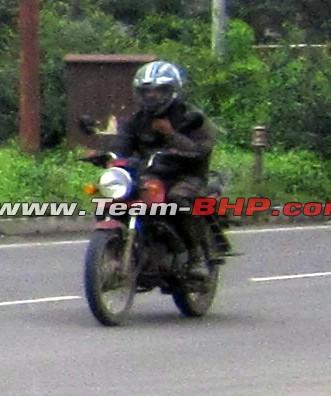 This offering from Mahindra Two Wheelers would obviously be priced lower than the current Pantero. It would take on the Hero HF Dawn as well as the TVS Star City. We aren’t sure if this bike will be able to carve a niche for itself in the entry-level segment. Competition is cut-throat here, and Hero has a vice grip like hold over it.

However, we must also remark that Mahindra is on the move. They have plans to launch as many as 10 new products within two years including many more motorcycles (More Details). This list includes 300cc Mojo as well as a 150cc motorcycle apart from this new revelation.

The question is – Would you approve of the deglam version of the Pantero?