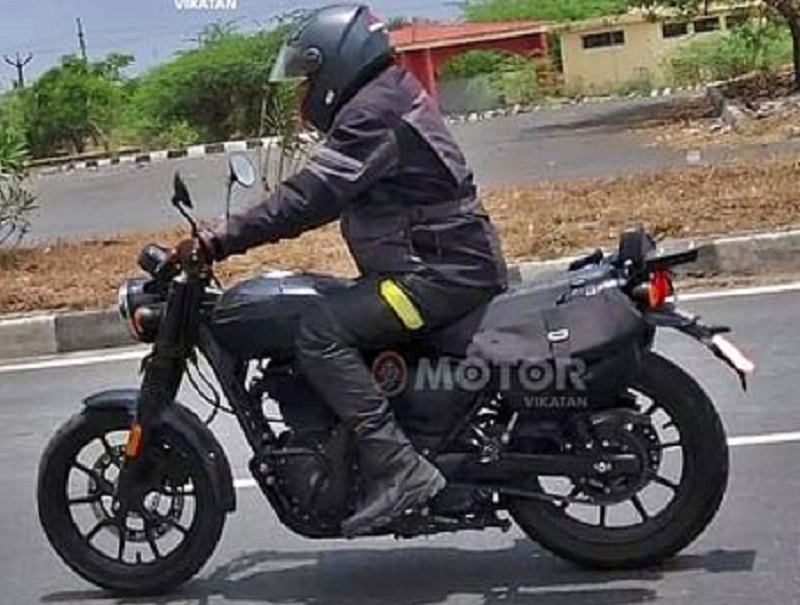 Another Royal Enfield test mule has been spotted out in the open. The roadster styled motorcycle suggests that upcoming models may be relatively more modern looking…

In order to protect its turf against the serious competition that has evolved over the last few years, Royal Enfield is working at a warfront. Apart from updating its complete line-up, the Chennai based maker recently introduced Meteor 350 – which is the company’s first motorcycle on an all-new platform (under 400cc) after a long time.

This new engine as well as the platform has been applauded for its performance and it is obvious that it will go to many of the existing motorcycles, including the largest seller Classic 350. But more interesting is the fact that Royal Enfield is testing a whole lot of motorcycles out in the open.

In a latest update, another mysterious roadster test mule has been spotted. The motorcycle has a flatter fuel tank with relatively smaller handlebar. The footpegs are mid-set and that means the rider is sitting in a partly sporty riding position. The motorcycle is running on alloy wheels and conventional size tyres and an upswept exhaust.

There is a round headlamp with short front mudguard along with front and rear disc brakes. That engine seems to be the same 350cc unit of the Meteor and we expect the same specs of 20.2 hp and 27 Nm from this one as well.

There have been truckloads of names the company has already patented like Sherpa, Roadster, Flying Flea, Hunter, etc and this model could be any one of them. At the moment we have no clue when can we expect its production version to be introduced for commercial sale but exciting times ahead if you are a Royal Enfield fan…