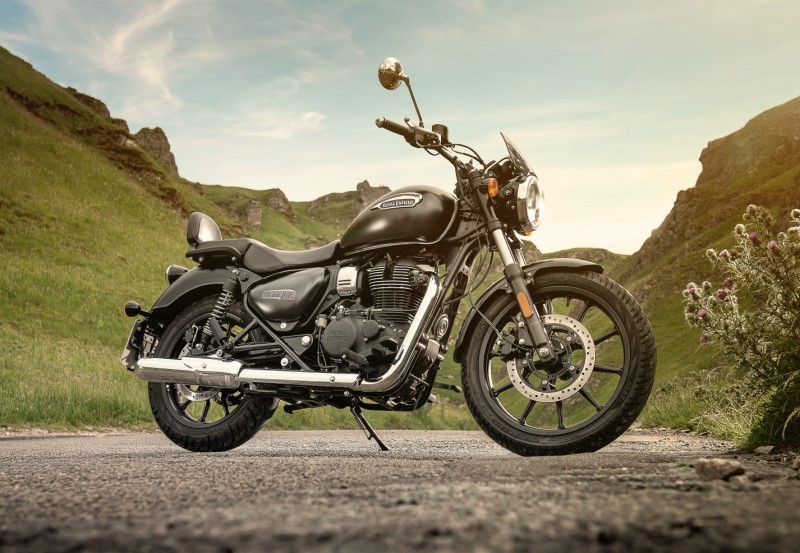 Royal Enfield Meteor 350 price is lesser than Honda CB350; it gets a host of new features and is based on an all new platform…

After a little delay, Royal Enfield has finally launched its all new motorcycle Meteor 350 in India. The Meteor is a new brand name in the portfolio and it replaces the Thunderbird moniker. The company is promoting it as an ‘easy cruiser’ and it comes with a host of modern features maintaining the retro charm at the same time.

The Meteor 350 is powered by an all new J series engine that has been developed ground up. Though the single cylinder, air-cooled, 349cc motor carries similar displacement, it now gains Single Overhead Camshaft, ditching the older pushrod motor. The air-oil cooled engine produces 20.2 bhp of peak power at 6100 rpm and 27 Nm of max torque at 4000 rpm.

It is paired with a 5-speed gearbox with the fifth gear being an overdrive for what Royal Enfield calls as ‘stress free’ and ‘economical’ highway cruise. It is further aided by a 7 plate clutch for easy gear changes.

One of the most prominent feature of the bike is the Tripper navigation system – a Google Maps powered Royal Enfield app that connects with smartphones through Bluetooth and offers turn by turn navigation to the riders. This is the first time that a Royal Enfield has gotten such a functionality.

As you can see, the motorcycle is offered in three variants and seven colors –

Meteor is a very important product for Royal Enfield as the existing 350s will transform to this platform in the future. Both Siddhartha Lal and Vinod Dasari said that they are very confident of the acceptance of the new model.