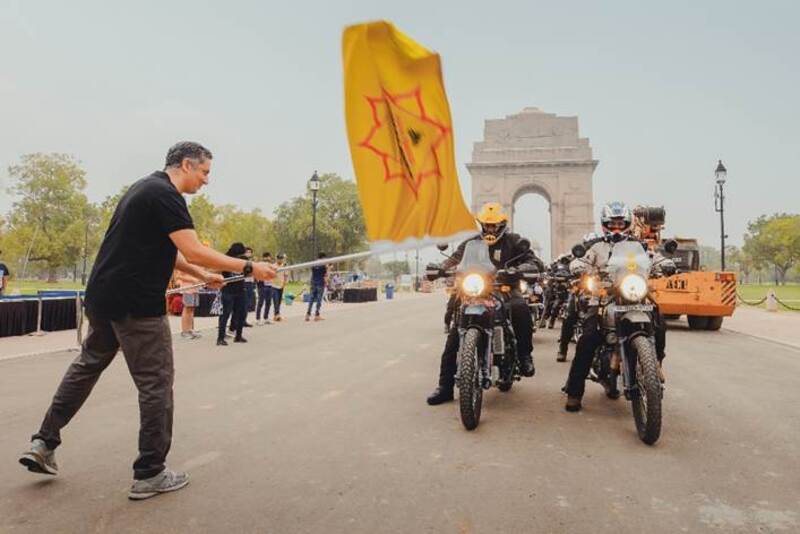 Royal Enfield Himalayan Odyssey is back after 2 years and they are taking 70 lucky riders to Umling La, the highest motorable road…

The Royal Enfield Himalayan Odyssey was started in 1997 and, according to the company, has been the pinnacle of motorcycling experience in the Himalayas and continues to challenge the riders with numerous mountain passes and natural obstacles.

Due to the pandemic and the lockdowns that followed, the Himalayan Odyssey tour did not happen in the last two years. Now it is back in the form of ‘Himalayan Odyssey 2022’ and will cover nearly 2,700 km in 18 days, ending on July 18.

The 18th edition of Himalayan Odyssey welcomed 70 participants who will be covering nearly 2,700 km in 18 days on their RE motorcycles. The tour was flagged-off from Delhi and will traverse through Umling La which is the new highest motorable road in the world at 19,024 feet above sea level.

Returning after 2 years, this year’s Himalayan Odyssey aims to reduce the impact on the fragile ecosystem of the Himalayas and also raise awareness about environment-friendly tourism and it will continue to root for the adoption of Responsible Travel practices by its rider community.

If you’re interested in more detail regarding the 18th edition of Himalayan Odyssey, head on to our previous report here, and douse your curiosity.

The 70 riders were flagged-off from the India Gate, New Delhi, in the traditional Ladakhi ceremony, and the riders were blessed by Buddhist Lamas who chanted prayers to bless the riders at the flag-off ceremony.

RE shared that this year’s participants came all the way from Singapore, Saudia Arabia, and the USA, as well as from cities like Mumbai, Pune, Madurai, Delhi, Bangalore, Anantapur, and Vijayawada, among many others.