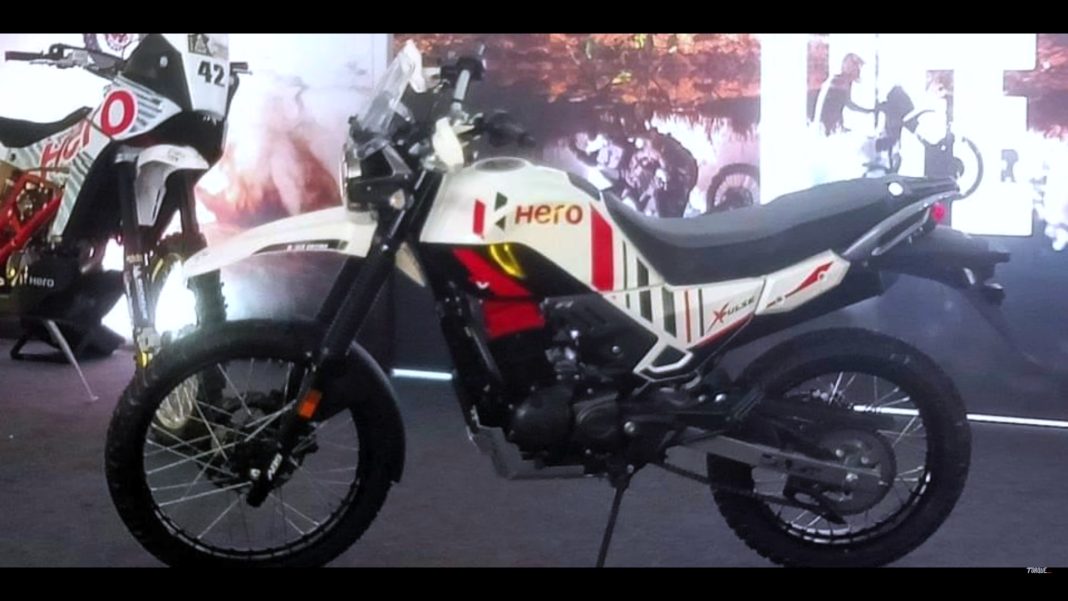 So, for the past few weeks we have been reporting various developments on the new ‘Rally Kit’ which has been under development for a while by Hero for their highly capable Xpulse 200 4V off-roader.

A Type-approval document leaked earlier spilt a lot of details regarding the new Rally Kit and a few other details. Recently, Hero unveiled the new Rally Edition of the Xpulse 200 4V during the announcement of their ‘Dirt Biking Challenge talent hunt, in presence of Indian Rally Champion and sole Indian Dakar participant, C.S. Santosh.

Now, Hero have officially launched the long-awaited ‘Rally Kit’ for their top-spec Xpulse 200 4V off-roader, and have priced it at Rs. 46,000/- for the complete kit.

The new Rally Kit introduced by the company has been designed for the Xpulse 200 4V model and can be optioned during the purchase of the new bike or by existing customers who already own the model.

Since it is an optional kit, the rest of the bike remains untouched in its standard form.

The frame and the braking system also remain the same – consisting of a 276 mm front disc combined with a 220 mm rear disc system aided by a single-channel ABS system. The tyre profile remains 21” front and 18” rear and the fuel capacity stays at 13 litres.