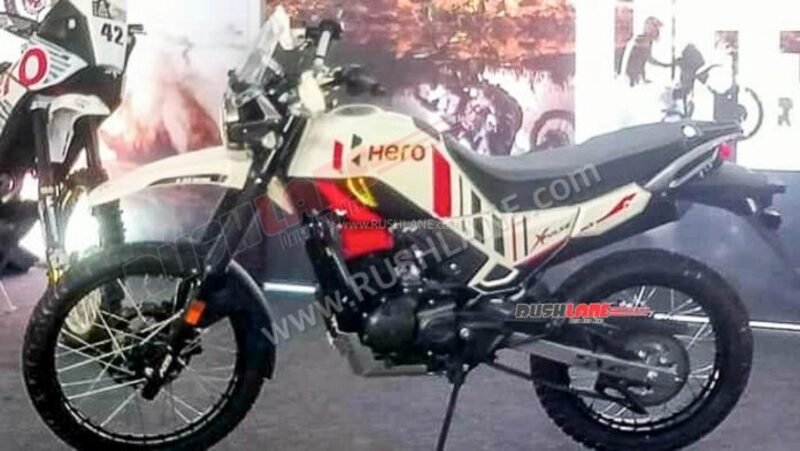 So, a few days back, a type-approval document leaked that revealed that Hero is on the verge of adding a new hardcore off-roading variant to their Xpulse 200 4V line-up and will be calling it the ‘Rally Edition’.

In addition to the new variant, the company will also be offering the ‘Rally Kit’ to the existing Xpulse 200 4V customers, which is expected to have improved performance than the existing Rally Kit offered only on the Xpulse 200 2V model.

Furthermore, the new Xpulse 200 4V & the Rally Edition are expected to sport the new Headlight design which was revealed recently. With the increased dimension and improved hardware, these off-road bikes will be riding on spoked-rims covered with knobby rubber.

Coming to the mechanicals of the Xpulse 200 4V Rally Edition, we expect that the powertrain will remain untouched. The 199.6 cc, 4-valve, single-cylinder, air-cooled engine will still be producing 19 HP and 17.35 Nm of torque, connected to a 5-speed transmission.

Also, expect the new Rally Edition to carry a hefty premium over its standard model. Currently, the Xpulse 200 4V is available at Rs. 1.32 Lakh. So we are predicting the Rally Edition could be asking Rs. 1.45 Lakh – Rs. 1.5 Lakh (ex-showroom) when launched.