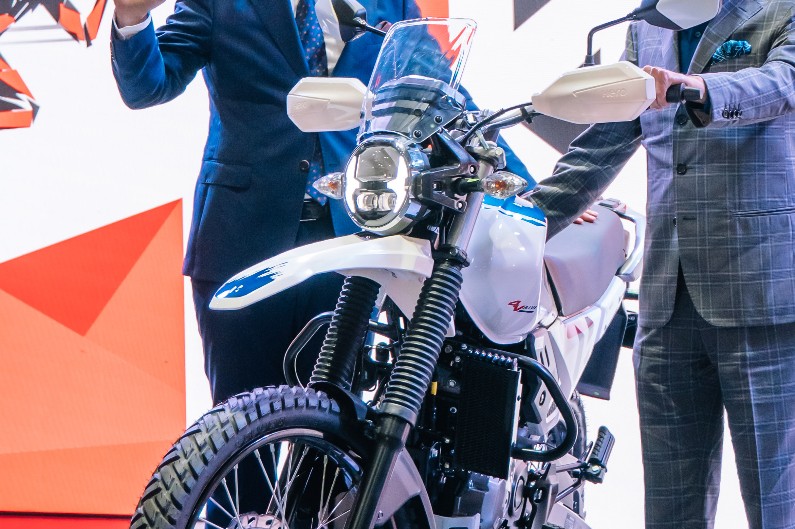 2022 Xpulse 200 4V that Turkey has received will definitely come to India anytime soon. There is a price hike in the offing as well – that will come into effect from July 1…

Hero MotoCorp has announced the launch of three of its Euro5 compliant products in the Turkish market. These are the new Xpulse 200 4V, updated Dash 110 and Dash 125. The Dash is nothing but India’s Maestro Edge rechristened for some reason. India’s Destini is sold as Duet in that market.

The Xpulse 200 4V that has been introduced in Turkey gets 2 changes from the India-spec model.

Hero has been present in Turkey since 2014 and also sells the Pleasure in that market apart from the above mentioned products. It operates with its partner Soysal Group which and has more than 100 touchpoints that offer everything – sales, service and spares. Further, Hero also informs that its products are specially preferred by institutional buyers and Dash 110 is their favorite pick.

Sanjay Bhan, Head of Global Business at Hero MotoCorp, said that Turkey is an important market for the brand and it will continue to launch its latest, exciting products in its bid to take a bigger market share.

Aside this, Hero has also announced a price increment in India that will become effective from 1st July 2022. The quantum of hike has been pegged at upto Rs 3000 and will vary for each model. The reason given by the company is – growing inflation!